All that we need to do to protect our rivers 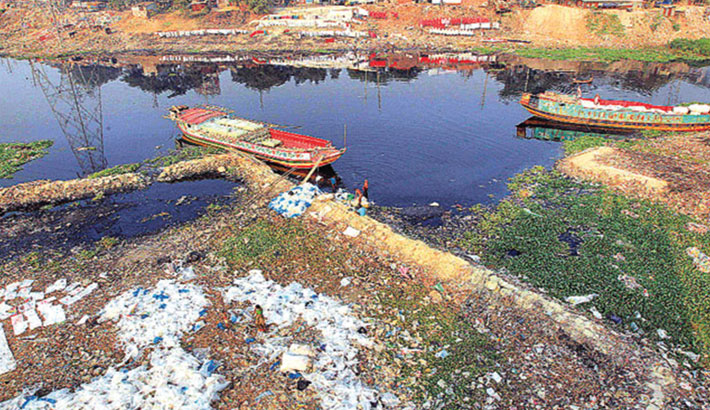 Bangladesh is the largest deltaic country in the world. Most of the land is made up of silts. And the fertility of the soil is very high and can retain fertility for centuries. The rivers of this country play a major role in the transfer of silts. Carrying the silts, the rivers and converts them into fertile land forms.

The rivers of this country has been playing a major role in economic activities. Agriculture has been the main livelihood of the people since ancient times, where the main role of transportation of goods and people were played by the many rivers.

The river network is wide like a spider’s net in this country. The country's economy, industrial cities, capitals, suburban areas, educational institutions, laws, courts were built along the rivers.

At one time the southern part of Bangladesh was called "grain store". Especially the Barishal region of Bangladesh. There is a proverbial sentence about Barishal "Paddy-river-canal, these three means Barishal". Here he also explained the role of the river.

The northern rivers of this country are losing their youth day by day due to lack of water. But the soil carried by this little water increases the fertility of the land and increases the youth of the agricultural land of Bengal. But the water remains unused. It merges with the Bay of Bengal in the south and creates new lands.

Hilsa is an infinitely delicious ingredient of the rivers of Bangladesh. By exporting which the country is gaining a lot of reputation and foreign currency. In addition, there are various other species of fish and resources. According to agricultural data, the country ranks fourth in the world in production of rice, third in vegetables, fourth in fish, etc. The rivers of this country are behind these successes.

But sadly, our rivers despite being so important are disappearing from the map due to misuse and neglect by various quarters. Meanwhile, for the implementation of the government's mega project, the road is being upgraded to four-lane by filling canals in different places. Rivers and canals are being filled in the name of development projects and illegal structures are being constructed.

Experts also blame a few more things. Such as- changing the course of the river, construction of flood control dams on the river, industrial waste, filling the river, etc. According to the National Rivers Commission, at one time there were more than 1,200 rivers in the country. At present the number has come down to 350. Of these, 153 are on the way to death.

In this crisis of the nation, we have to think about the rivers of our country. Since this country is a riverine one which is dependent on agriculture. Therefore, it is the sole duty of the government, the administration and the people to protect the rivers of this country. So, everyone must come forward united and the rivers must be protected from industrial and man-made wastes, to play an effective role in the protection of river boundaries by conducting surveys and introduce river-friendly economy and communication.

Rivers need to be protected from illegal installations by not filling the river with unnecessary structures and by making the public aware by campaigns on this issue of protection of water bodies in the country. As a result of the good efforts, the life of the rivers in this country will return, the lost glory of the country will revive and this country will develop as a prosperous country.

Sirazul Hossain, a student of