Dhaka University . . . In Symbolism, In Substance 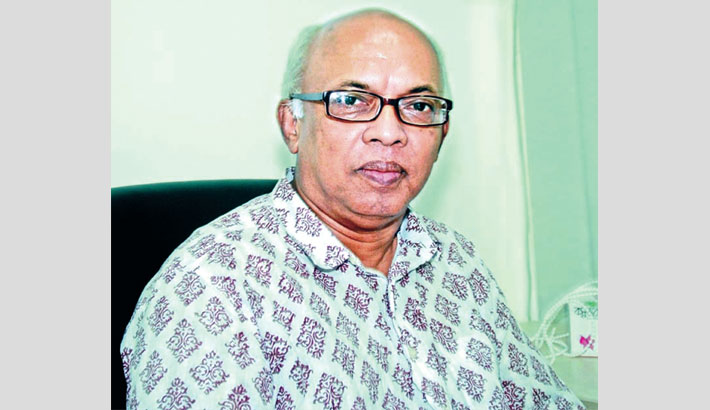 Six months from now, in July, Dhaka University will be a hundred years old. And now that celebrations of its centenary are well underway, it is time to reflect on the symbolism and the substance that Dhaka University has been in our lives. Those of us who have been privy to the knowledge it instilled into us ---  in its classrooms, its corridors, its departmental libraries, in its tutorial classes --- share that unique bond which generationally binds men and women together in a single thread. 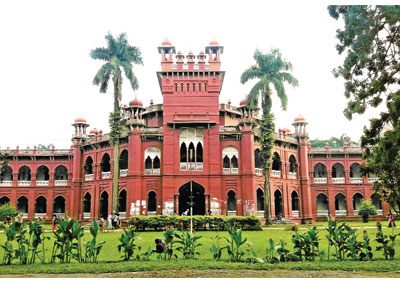 It is that bond we celebrate and strengthen a hundred years after 1921. There are the memories of Sir PJ Hartog, the first vice chancellor. There are the thoughts that take us back to the times of Sir AF Rahman, of RC Majumdar, of Justices Muhammad Ibrahim and Abu Sayeed Chowdhury, of Abdul Matin Chowdhury, of Fazlul Halim Chowdhury. We recall all those other, later academics, those pathfinders, each as brilliant as the other in his intellectual domain, done to death by the marauding soldiers of the Pakistan army and their local quislings in the year we struggled for liberty. We have not forgiven and will not forgive those academics who kowtowed before the occupation forces and went abroad to disseminate lies about the university and its martyrs without shame.

There are the heroic academics --- GC Dev, Jyotirmoy Guhathakurta, Rashidul Hasan, Giasuddin Ahmed and so many others --- who remain stars brilliant in our firmament, their incandescence guiding us into the future. And in our remembrance of these illustrious men, we do not forget those students, young men with dreams of the future, who perished at Jagannath Hall on the night the alien army unleashed its genocide. We do not forget them, as we do not forget all other students of Dhaka University who were murdered in the course of the war. And in this hundredth year of the university, we remember in our prayers our very own Madhu-da, for Madhu’s canteen was and is part of the legacy shaped by Dhaka University.

It is a rich legacy we observe this year. Rare has been the instance of a university, anywhere in the world, shaping the course of national history. Rare is the story of a university that has paid so high a price in terms of blood, in terms of sacrifices, as Dhaka University has paid. Through 1952, through 1962, through 1969, through 1971, through 1990, through 2007, Dhaka University has been an embodiment of national aspirations, of people’s democratic resolve. Its children were done to death by the ferocity of the state and yet it did not collapse, did not kneel. Dhaka University has resolutely given short shrift to dictators and would-be authoritarians, has never welcomed political illegitimacy in the form of coup makers in its vast spaces.

These are the stories that constitute pride, that have always kept us glued to the love we have borne Dhaka University. No, we are not happy when it does not find a niche in the regional or global ranking of universities. It breaks the heart in us when we observe an absence of the kind of research we expect to be undertaken at the university. We are hurt when partisan politics, among students and teachers, threatens to undermine the rich heritage Dhaka University has been symbolic of in these hundred years. And yet we know that there will be a reinvention of Dhaka University, that within its core burns that intellectual fire which will rekindle the energy we speak of today. That energy encompasses the scholarship which has consistently defined the university. It comes in the shape of national history, in the form of the Eleven Points of the students whose struggle for democratic expression sent a junta packing in 1969.

In this hundredth year of Dhaka University, the mind travels back to the time when a young Sheikh Mujibur Rahman threw in his lot with the menials seeking better living conditions, when he was punished for what the university authorities felt was his audacity. In these centenary celebrations, the heart is revived in sweet repose remembering that Bangabandhu Sheikh Mujibur Rahman, as President of this People’s Republic, through a remarkable turning of the wheels of time, was raised to the heights as chancellor of Dhaka University. His assassins would not let him live, destroyed that special moment in the chronicles of time when he would speak to the young on 15 August. But as Dhaka University has lived in its glory, it has made sure that the Father of the Nation remains inextricably linked with its epic tale of struggle and endurance.

A hundred years after 1921, we bow in deep respect to the memory of Syed Nazrul Islam and Tajuddin Ahmad, principled politicians who shaped guerrilla strategy in 1971, gave us the Mujibnagar government and defeated the enemy. These men graced the halls of Dhaka University and then went on to being part of history, in the end becoming history makers. We gratefully recall those eminent individuals who, politically and socially, expended their efforts in making certain that Dhaka University came into being. In the depths of our imagination, we peer through the mists of time at the young Buddhadeva Bose exploring the world of literature through its corridors.

Satyendra Nath Bose and Sardar Fazlul Karim live on. Serajul Islam Choudhury and Aminul Islam are with us, enlightening us on literature and philosophy. We hear the scholarly discourse of AG Stock, we learn of her interaction with such young men as Munier Chowdhury, soon to be claimed by martyrdom through the rapacity of philistine men pretending to be rulers. It is the voice of Edward Kennedy, our friend in the most testing times of our collective life, we hear as he speaks before the Arts Faculty, re-inspiring us with the Tagorean invocation to the paradise of freedom. ‘Where the mind is without fear and the head is held high …’ intoned the American. In his voice we heard Gurudev, at Dhaka University.

In its sweeping, considered passage through time, Dhaka University would not allow Mohammad Ali Jinnah to talk down to it in 1948, for the university was willing to be irreverent in defying Pakistan’s founder over the language issue. In 1964, it had little patience with and little time for the likes of Abdul Monem Khan, compelling the governor to abandon a convocation he was uniquely unqualified to preside over. In the 1990s, it would show the door to a vice chancellor on whose watch terror was unleashed on the residents of a women’s hall.

As we celebrate Dhaka University, we do not and indeed we must not paper over its weaknesses. It is not perfect academia, but it has always been the repository of the very best in our lives as students and then as men and women venturing out to deal with the world on our terms.

A century after 1921, Dhaka University is an epitome, a thriving symbol, of the dreams we nurture as citizens, of the aspirations we carry in our souls as we envision the future of our country. It has been a happy journey. And the best is yet to be.