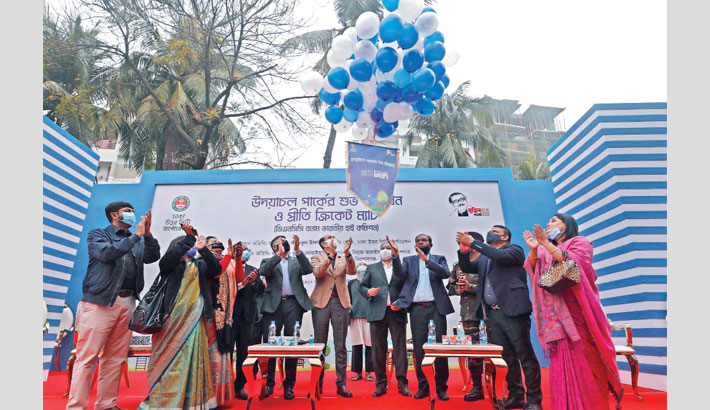 The mayor unveiled the plan while addressing the inaugural ceremony of Udayachal Park in Mohammadpur area of the capital.    After the inauguration of the park, a friendly cricket match between DNCC and Indian High Commission in Dhaka was also held at the new field inside the park.

Indian High Commissioner to Bangladesh Vikram Kumar Doraiswami, Bangladesh Cricket Board President Nazmul Hasan Papon and Member of Parliament Sadek Khan were present as the special guests on the occasion.

Addressing the inaugural session, Mayor Atiqul Islam mentioned that Bangabandhu and his family members were sport-friendly and being inspired by the family, the city corporation will develop new fields and parks in different areas of the city.

Recalling the childhood days, Mayor further said that he bought a cricket bat and pad by sharing money with friends as it was hard for him to afford those things individually.

“The days have passed indeed. The social bonding has disappeared as we have become confined in apartments and there are no feelings for each other. We will have to resume the community based programme. Playing sports in playground can restore social bonding,” he said.

DNCC will develop 10 fields with facilities of gymnasium, drainage system and special toilet for differently-abled persons.

The mayor further mentioned that the corporation is looking for unused land for developing more playgrounds in the city.