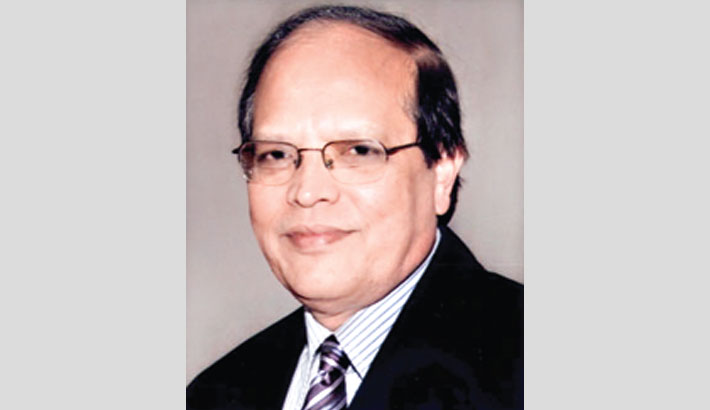 Bangladesh is poised to create another record in human history. It has planned to provide about a million homes to the homeless in this year of Bangabandhu’s birth centenary and as well as the golden jubilee of Bangladesh. Honourable Prime Minister Sheikh Hasina inaugurated virtually this noble programme yesterday by handing over documents of the newly constructed homes to nearly seventy thousand hapless families.

She created history on many counts by launching this programme. Indeed, she fulfiled the dream of the Father of the Nation, who promised to rehabilitate all the homeless in addition to other basic needs for survival as soon as he touched the soil of newly independent Bangla-desh on 10th January 1972. He put this pledge into the fundamental state principles of the constitution of the Republic as well. On 15 December 1973 he said, “This independence will be meaningful to me only when the woes of the farmers, labourers and deprived of Bangladesh end.”

True to his words, he started rehabilitation of the landless and homeless by redistributing khas land to them immediately after taking charge of his beloved Bangladesh. In addition, he started providing food support, education and health to the bottom of the societal pyramid despite many challenges. He served only three and a half years as the head of the government and could not obviously complete his long-cherished mission. However, he laid a solid foundation for fulfiling his dream of hunger and poverty-free Bangladesh.

Unfortunately, the military governments and ‘their sorts’ that came to power after his untimely martyrdom never cared to continue his dream mission of inclusive development. But fortunately, after a prolonged struggle for democracy and, often at the cost of supreme sacrifices by many, Bangladesh regained its original contour of inclusive development journey under the committed leadership of Sheikh Hasina, Bangabandhu’s capable daughter, in 1996. She gave a focused leadership to give the struggling people the hope and aspirations ignited by Bangabandhu. She started social security programmes like old-age pensions, homes for the homeless through Asrayan project and motivated many slum dwellers to go back to the villages through ‘Ghare Fera’(‘Back Home’) programme. Her safety net programmes for the freedom fighters, widows, tortured women, physically challenged and support to the girl children are well-known. However, her journey of inclusive development was cut short by the conspirators in 2001 and the nation lost the continuity of pro-poor governance in her absence for about seven years. Moreover, she had to go through all kinds of pains including threats to her life and unjust jailing during those difficult years. But people fought on and brought her back to power at the fag end of 2008 through a landslide victory in a free and fair general election. And from then on she continued to bring unprecedented changes, particularly for the betterment of the disadvantaged as promised in her election manifestos. Most leaders give election manifestos only to attract votes but hardly care to implement the pledges. But this has a different connotation to Sheikh Hasina. She means what she says. So she started implementing every pledge she gave to the nation in her election manifestos. And providing land to the landless and homes to the homeless has always been close to her heart. I think this particular programme of giving shelter to the homeless must have been in her mind for quite some time and she chose this to be the best gift to the nation on this auspicious birth centenary of Bangabandhu.

Accesses to homes and electricity are symbols of civilisation. These homes can be the workplaces of the very poor who didn’t have a secure place to keep their tools. In that sense, these homes will also be converted into their workstations. And nothing could be better than this gift as they will have places for self-employment amidst this corona-affected environment. The women and children will also have well-desired places to sleep and study. This programme, once completed, will be the biggest social security measure for the homeless in the world. Bangabandhau’s soul will be pleased to see his dream comes true through this bold initiative of his daughter. She is indeed eroding the stigma of a ‘begging nation’ through such well-designed social development programmes. Bangabandhu once said that the begging nation never had self-respect.

I was watching the launch of the programme on the television and could easily feel the heartbeats of those who were giving their reactions to this Mujib Borsho gift. Many of them could not even hold the tears when they were asked to speak about their feelings after getting the documents. I was not also surprised to read the words of Jabbar Mia, a recipient of a house from Taraganj Upazila of Rangpur District who was asked to share his feeling by the Daily Sun correspondent that was published in this daily yesterday. He said, “I have spent my life by begging from people. I have lived here and there in a makeshift tiny house. I never have dreamt of a home of mine which is now a reality. It is more than a dream to me.” Indeed, this is much more than a dream comes true. Rangpur is the epicentre of riverbank erosion and many houses including dreams of the marginalised vulnerable people get washed away regularly. This particular programme will give to those wretched of the earth permanent addresses and factories for self-employment. Tagore told in one of his articles that development is nothing but giving people the confidence of coming out of the meagreness. And lack of housing was one of the elements of that meagreness. So home like this will definitely add value to those who want to come out of the poverty trap which has multiple sources of origin. What a coincidence! The programme has named these houses as ‘Shopno Nir’ meaning dream house and others ‘Shoto Nir’ meaning hundred houses indicating these as the gifts of Mujib Borsho, the birth centenary of Bangabandhu.

This programme is also a reflection of inter-ministerial coordination as a number of agencies from various ministries are implementing it. However, the credit must also be given to the local officials of the administration, mostly young and fans of Bangabandhu, who have walked extra miles to make this historic milestone of inclusive development possible.

To make this programme truly sustainable, I would recommend the policymakers to prioritise these families to get the cash support from the latest two stimulus packages worth 27 billion Taka that to be disbursed through different public foundations like Social Development Foundation and Daridro Durikoron Foundation so that they can get working capital for their mini enterprises. The non-governmental organisations should also come forward to help these homeowners come out of their poverty traps permanently. They should never be allowed to revert to the dens of extreme poverty.

Let this be the best example of poverty eradication leading to sustainable development in Bangladesh.

Let me end by congratulating HPM Sheikh Hasina for taking this bold and prudent initiative to make history as a part of the celebration of the birth centenary of Bangabandhu and as well as the golden jubilee of our independence. Nothing could be more festive than this as already demonstrated by the beneficiaries of the programme. When asked to give their responses to this gift of HPM they all shed their tears in appreciation and thanked her in choked voices. It is heartening to learn that none will be left behind and all of the homeless of the country will have such houses in the Mujib Borsho. Let this be the beginning of a developmental journey that is inclusive and, of course, humane.

The author is Bangabandhu Chair Professor, Dhaka University and a former Governor of Bangladesh Bank.