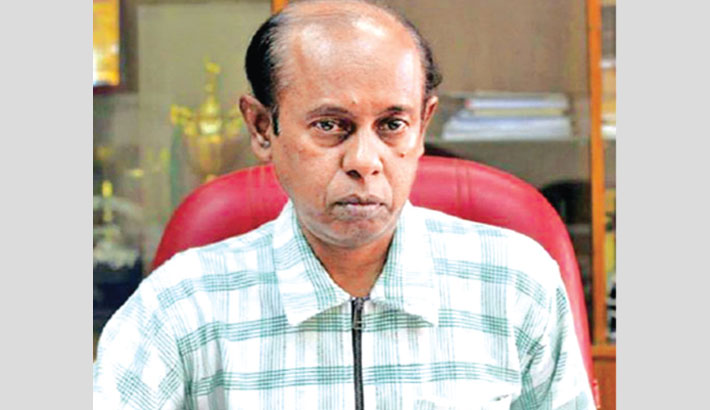 As recognition of facing worldwide food crisis successfully and fighting to build a hunger free world amid continuous adversity, the World Food Programme has been awarded Nobel Prize in 2020. In spite of that WFP chief has warned that due to pandemic many countries of the world are going to face famine, 130 million more lives will be at risk. Though coincidental, it is factually correct that 2020 was the 250th year of Bengal Famine of 1176 Bangla Sal (BS). 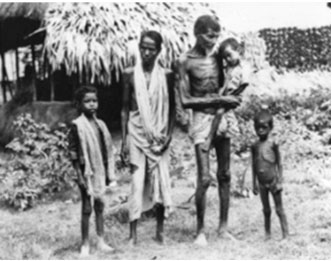 In 1176 (1770 AD) the then Bengal Province witnessed the most terrible famine of the century with a death to of more than one lakh. Eye witness of John Shore has written in his poem, “Dire pins of horror which no pen can trace.”  Long queue of hungry skeleton human figures and flock of vultures on or around heap of dead bodies – these pictures are tied with the same string of famine. Who is responsible for scarcity of food? Initially natural disaster (flood, draught, cyclone etc) or manmade problems like war are held liable for low production of food.  In 1981 Nobel laureate Amarytya Sen challenged the idea of FAO in his book Poverty and Famine. Uneven distribution of food, unemployment, defective transport system, laws and policies framed by power holders were put forward as reasons of famine. Those who frame laws and policies have never to starve during famine. For case study, he selected post World War II Bengal, Ethiopia and Sahel but his theory is reasonably applicable to famine of 1176.

Weather record shows that amount of rainfall was so low during 1769-70 that it was sufficient for destroying crops of the whole year. However, can draught of a particular year create famine? The most authentic evidence of famine is Annals of Rural Bengal by William Wilson Hunter published in 1867. Taxation system has been identified as a reason of famine. After abolition of Dewani system East India Company itself appeared as the Dewan (chief collector of tax) in Bengal. In The Aristocracy Ruined chapter Mr. Hunter has shown how Zamindars and Nawabs were squeezed under tremendous pressure of tax. People living at the bottom of financial pyramid were under direct oppression.

However, only pressure of tax can’t be the only reason of death of more than one lakh people. Behind it there were internals of social and economic system and some polices framed by East India Company. The target of establishing absolute control on social and economic sectors and centralisation of capital were the main reasons. The Company’s aim was to introduce own currency. Instruction was issued in 1764-65 to convert old sikka rupee into new sikka. As a result local trade factually collapsed, money market became empty but huge amount of money was deposited to Company’s treasury.

Not only occupying mint, co-operation of business community was also essential. All businessmen, big or small, had a network with labourers, craftsmen, merchants etc. In his book Agriculture Economics during Mughal Period and Farmer’s Mutiny, Gautam Bhadra has narrated that competition did not infiltrate in market. Besides weavers of muslin, hosiery and other inferior quality clothes had their market also. To establish company’s absolute authority on market it was essential to demolish this co-existence and abolish money lending system. Money lenders collected customers on behalf of producers. So, producers were not worried of demand supply. Due to abolition of money lending system, weavers had to sell clothes directly to company through Gomsota (revenue collector of Zamindar). Apparently it was a very good system for getting reasonable price but in practice it created an uneven competition. Failing to sustain in competition weavers of hosiery perished and company’s monopoly was established. The same was the situation of other sectors that led to lack of work.

At that time economy of Ganges valley was mainly agro based. Same as traders, farmers also had classes and it was not a golden period for them. However, as per decision of Mughal administration large farmers could not acquire land, crops, and livestock of small farmers. This system became loose during the period of Faruque Shier. As company became all in all, the lease system spread widely and cultivation on the basis of corporate contract began causing a breakdown in agriculture. Moneyless market, puzzled traders, dismantled agriculture mingled with draught, uneven distribution system and theft made the situation terrible. Huge amount of food grain was hoarded for British Army at St. George Fort (Madras), Marlborough Fort (Sumatra) and Fort William (Calcutta). Complain and counter complain of stealing food against Md. Reza Khan (Nayeb of Dhaka), Sutab Riy (Patna) and Maharaj Nandakumar were raised.

There is no minimum similarity between the situation of today and 250 years ago. There is no necessity to find out that similarity forcibly. No concept ism developed then. Yet demonetisation, monopoly of business, contract farming, stealing crops and joblessness must be remembered particularly when hunger index is rising in the world and democratic situation is fragile. Question naturally arises – will 1770 come back?

As per rules framed by Food and Agriculture Organisation of the United Nations, lack of minimum food requirement for at least 20% people, lack of nutrition and disease arising out of malnutrition of at least 30% of total population and daily 2 deaths out 10,000 – this situation is famine. What is our position? It is said that Bangladesh has become self-sufficient in granular food, especially in the face of natural disasters, population growth, declining cultivable land, climate change and increasing salinity in southern region. The FAO Bangladesh office has recently published a report on the food situation in Bangladesh in the context of Covid-19/ Demand for rice and wheat in the current financial will be around 32 and 5.5 million m/tons respectively. In all, demand for granular food grain will be 36.5 million m/tons. Against this demand, production has been projected 3 crore 99 lakh m/tons but due to flood, production of paddy has been hampered. To meet the deficit, the government has already finalised agreement to import 2.5 lakh m/tons of rice from India (BBC New, Bangla, 31st December, 2020). Initial consignments have already arrived.

We must remember that famine is not just an outcome of food shortage only. Defective food management (procurement, storage, transport, distribution, marketing etc.) can also cause famine. However, as government is alert, there is no apparent apprehension of any such disaster.