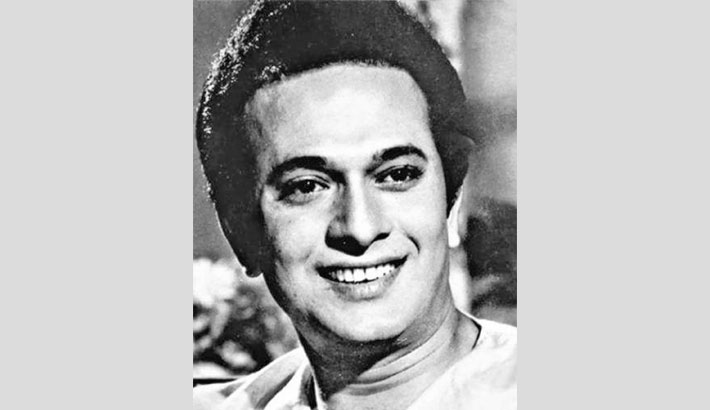 Born on this day as Abdur Razzak in Kolkata in 1942, he lost both of his parents at an early age. In his adolescence, he used to participate in theatre productions in Kolkata.

While studying at a college in Kolkata, he appeared in a movie titled ‘Ratan Lal Bangali’.

With an aim to be a film actor, Razzak went to study film in Filmalaya in Mumbai in 1961. Returning from Mumbai, he performed in two movies in Kolkata – Pankotilak and Shilalipi.

Razzak ruled the country’s film industry since the 1960s. He was the king of Bangladeshi cinema. His good-looking appearance and acting skill made him arguably the most famous and most popular actor in the country.

At his prime, he was a real heartthrob; women loved him and men wanted to be more like him.

Razzak migrated to Dhaka in 1964 with his wife and son Bapparaj. After settling down, he started acting in theatres and also worked as an assistant director for a while.

He then continued performing in television programmes for two years. He had a role in a television drama serial named ‘Ghoroa’.

Meanwhile, he acted in small roles in different movies as well; at that time he had no idea that one day, roles would be created just for him.

Finally, in 1966, the famous film director Zahir Raihan offered him a role in ‘Behula’, the first movie where Razzak was cast as a hero. He acted in other movies like ‘Neel Akasher Nichey’, ‘Maynamati’, ‘Moner Moto Bou’, ‘Swaralipi’, ‘Osru Diye Likha’, ‘Jibon Theke Neya’, and ‘Obujh Mon’.

He won the hearts of millions through his powerful acting in the film ‘Rangbaj’. It was first modern action film in Bangladesh.

Razzak made his directorial debut in 1977 with the film ‘Ononto Prem’. He created his own production company Rajlokkhi Productions. He went on to become the first Bangladeshi actor to be a UNFPA Goodwill Ambassador. He later founded the Bangladesh Film Artistes’ Association.

The multiple-time National Award winner acted in more than 300 Bengali and Urdu movies throughout his career. The legendary actor passed away on August 21, 2017.