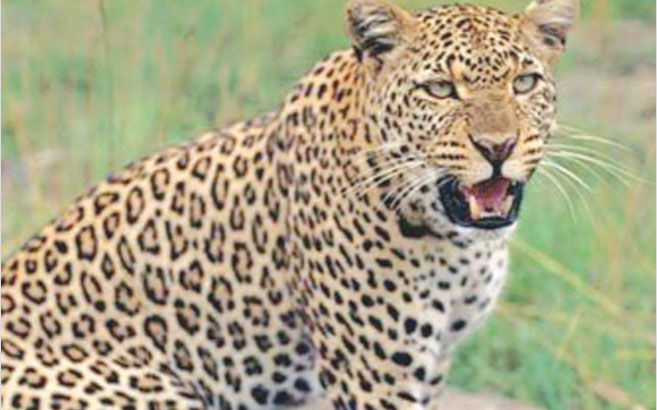 COIMBATORE: Panic gripped residents of Madukkarai, near the city of India’s Tamil Nadu state, when they saw a leopard attacking a dog in the early hours of Friday, police said.

The visuals of the attack and earlier incidents have gone viral in the social media. At least 20 goats and five dogs were killed by the big cat in the last one year, though the forest department personnel denied the presence of any leopard in the area, the police said.

Adding to the fear of straying wild elephants, the movement of the leopard has made the residents anxious.The incident, wherein the leopard was seen attacking a dog at 1 AM on Friday near the house of a government transport driver, made them even more scary, they said.

The residents managed to scare the leopard away while the dog with deep injury in the neck is battling for life, they said.

The leopard then entered a nearby house and killed three out of 17 goats, they said.

The residents fear the leopard may kill them too, as the human habitats are on the foothill with the easy access to wildlife, they added.

Meanwhile, forest officials visited the spot and noticed the pugmarks of the leopard. They placed a cage to trap it and cameras to monitor its movement.