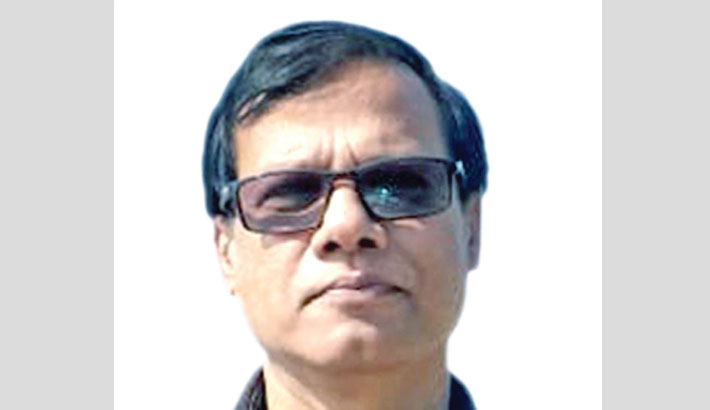 Every sphere resonated with victory drums and jubilant voices raised

In a great paean to him— the real apostle of liberty he was!”

Electra’s Song (Shamsur Rahman) translated by the contributor himself.

This is how Shamsur Rahman, a leading poet of his generation, paid glowing tribute to the Father of the Nation Bangabandhu Sheikh Mujibur Rahman glorifying his historic homecoming. In the world today, perhaps, no other country celebrates the homecoming of such a great personality so befittingly, and no branches of literature lend their pages to portray such a valorous protagonist so profusely. And here in this regard our hero stands apart. Bangabandhu steered our nation through the tumultuous times of the War of Liberation and freed his nation from the fetters of foreign powers which ruled them for more than two hundred years. Strange but true, although undergoing the beleaguered imprisonment in the Pakistani jail thousands of miles away, he still continued to inspire with his rousing voice the revolutionary blood of the freedom fighters with a view to the liberation of Bangladesh. The Pakistani junta arrested Bangabandhu from his Dhanmondi residence of Dhaka on March 26, 1971 just after he proclaimed the independence of Bangladesh. He was sent to a West Pakistan jail the following day where he was treated inhumanely but remained ever unbowed and ever undaunted. He sustained the hope of the Bangalis for the sunrise in the darkest days of our history and very relevantly, had been indispensable in the wee hours of the freedom of Bangladesh that was not completed with the mere winning of the war on 16 December, 1971. His nation could not satiate the fruit of victory, and was left worried and famished until his appearance on the liberated soil on January 10, 1972.

To his nation, his release from the condemned cell of a Pakistani jail was a much-prayed phenomenon and his return was a great achievement. Hence with his glorious homecoming after over nine and a half months of political incarceration— the victory of the Liberation War gained its meaning in the truest and fullest sense of the term as well as the independence of Bangladesh came to full circle overwhelming every heart and enlivening every edge. On January 10, 1972, on his way to Dhaka from London, Bangabandhu was received by the then President of the Republic of India V.V. Giri and the Prime Minister Indira Gandhi at Delhi. It needs to be mentioned that at the airport, despite his busy schedule and tremendous mental fatigue, Bangabandhu very meaningfully spoke in public. The core fragments of his short but significant speech are as follows:

“… This journey is a journey from darkness to light, from captivity to freedom, from desolation to hope. I am at last going back to Sonar Bangla, the land of my dreams, after a period of nine months. In these nine months my people have traversed centuries. When I was taken away from my people, they wept, when I was held in captivity they fought, and now when I go back to them, they are victorious. I go back to the sunshine of their million victorious smiles. I go back now to join my people in the tremendous tasks that now lie ahead, in turning our victory into the road of peace, progress and prosperity.

I go back, not with any hatred in my heart for anyone, but with the satisfaction that truth has at last triumphed over falsehood, sanity over insanity, courage over cowardice, justice over injustice and good over evil.”

The great hero of independence burst into tears of joy in front of the cheering multitudes at his welcome reception on the same Race-course ground (now Suhrawardy Udyan) from where he had called for independence of Bangaldesh in his historic speech on March 7, 197. He became overwhelmed to see his dream come to fruition:

“My lifelong dream comes true. Today, Bangladesh is free and sovereign. Let no harm come to the independence that we have achieved till the last Bengali remains alive.”

It was essential for his nation to get their hero back home alive and safe, and to honour him with the highest dignity. Therefore, his emergence on the ruinous scene of the newly-independent Bangladesh lent the nation a thrust of great momentum that healed his traumatised nation to regain the normal state of their psyche ushering in new hopes and dreams and revived prospects of rebuilding the war-ravaged country under his robust leadership.

As far as the literary discourse is concerned, poets of the newly independent country exuberantly celebrated the landmark homecoming of Bangabandhu — opening up new vistas for poetry and exploring the form of the lexeme ‘home coming’ from different prisms as they felt revivified and inspired discovering themselves in a free land with their epic hero without chains and their mother language without manacles. Bangabandhu, acclaimed as the Poet of Politics, was gifted with the veins of poems in his vigorous heart. In his speech, he remembered Rabindranath Tagore citing an oft-quoted couplet from his poetry, albeit Bangabandhu gently refuted its connotations and context. The Father of the Nation affirmed that the Bangalis had made history proving their worth and heroism. They are as worthy as humans, and can bravely fight as a heroic nation in order to establish their nationalistic identity and win their territorial sovereignty:

“O Bengal the stunned mother! Seven million sons of yours

Are left as the Bangalis— yet to be dignified as humans.”

Nirmalendu Goon humbly pointed out this notion of disapproval in his poem The Joy of Homecoming:

Overwhelmed by the elation of victory, I pronounced,

“O the poet of the poets! Come and witness—your poem

Has proved otherwise this day.”

“This day Bangladesh of mine has won freedom.”

“We, the Bangalis, have emerged as a free nation today!”

As his very existence brought our country into being, his grand presence brought our nation into life. He made his country known to the world and himself to the global community. He was admired and respected throughout the world for his historic leadership role. So, every year Bangabandhu’s Homecoming Day is celebrated in a befitting manner as a mark of gratitude and allegiance to the Founding Father, and to commemorate his glorious life and role and to reassess his sacrifice and vision. The following poems significantly represent the historic events of Bangabandhu’s homecoming shedding light on its occasion and atmosphere as well as echoing its sensibility and sublimity.

The Very Essence of Bengal’s Map

As a man ever transcends everyone else, he becomes

That will adorn each ring finger

He is somewhat single just like the sovereign sun:

Open wide before every eye, embracing all—

Relentlessly— miles apart yet so close.

He is engraved on your memory as long as your life moves on.

Beyond doubt, reclaimed by the smiling white

He is distinct like the flag now—yet again with all your heart,

Keep him flying high. Every time inside your heart, feel

An influx of warm red blood. Go deeper into the whole lushness of

The universal essence of Bengal’s map—

Every place of Bengal’s territory—in unison with her lasting voice.

The Joy of Homecoming

A free man— as I came out from the Pakistani jail,

The day on my beloved land’s

The most blissful day in my life.

At that auspicious moment.

Flying over London and Delhi,

Right after embracing my land’s sky,

I thanked the Creator for His blessings—

To lead my country in the Liberation War

As the supreme commander

With a special leadership mantle.

On that day the cheering crowds

Held on to receive me like a rushing river.

The waves of people swept me over

Onto the evergreen garden of dreams—

Where I spoke to my countrymen

Of the dream of independence.

Just to have a glance at me with own eyes—

On that emerald launching ground of independence,

From whose voice— roared thunder,

Flakes of fiery words spurted out;

In that afternoon instead of thunder and fire,

Tears rolled down from those eyes—

Overwhelmed by the elation of victory, I pronounced,

“O the poet of the poets! Come and witness—your poem

Has proved otherwise this day.”

“This day Bangladesh of mine has won freedom.”

“We, the Bangalis, have emerged as a free nation today!”

As soon as the revelry of joy dimmed,

The disguised forces of the Yajid of 1971—

Flocking together in the deep of night

Killed me along with my family.

The assassins breaking into the jail,

Slew the four top-most leaders of the party

Who during my imprisoned life—

Steered together the helms of the Liberation War.

The blood-earned constitution of ours

Trampled to desecration by their military boots—

Into the pristine bloodstream of the Bangalis’ hearts

They transfused cells of the poisonous schism.

Never could they grasp in the clouds of falsehood

The sun of truth— eclipsed;

Nor could they predict the silent insouciant

Nature— frowned at for their fabrication and all.

Ruined though—never have I renounced my conviction,

For it’s a sin to disbelieve the Bangalis.

Belated yet, all their machinations thus have—

Lying foiled, after all.

Ballots sound stronger than bullets: in the revolution

My people have turned up victorious adhering to the adage today.

Now I can breathe in the boundless joy

On the maiden day of my home-coming.

Under the azure sky of my native land.

Taking the form of—a tree, a flower and a butterfly—

I’ll wander around the land.

Turning into a maiden’s darling goose,

I’ll splash around in the river water.

Truth has had its triumph today after making an epoch—

Struggle has won the day, beauty has gloried in its bounty.

This day—a day of all bliss.