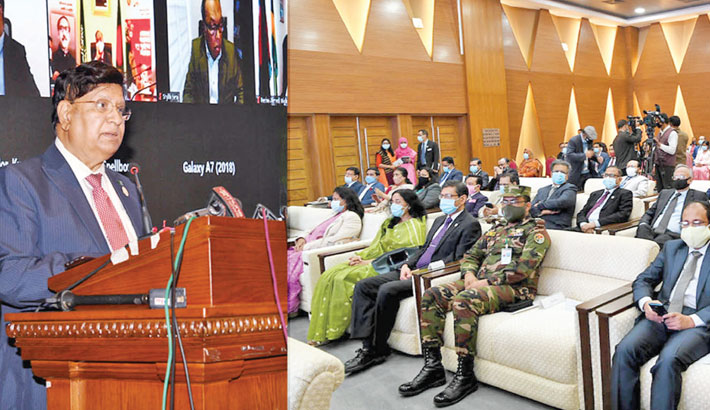 Foreign Minister Dr AK Abdul Momen on Wednesday said the government has been searching for various farming options in the Middle East and African countries for long, utilising various bilateral and multilateral channels.

“Almost a decade has elapsed since the government of Bangladesh commenced initiatives for leasing agricultural land from African countries,” he said.

The minister was addressing a programme titled ‘Contract Farming and Job Opportunity Abroad for Bangladesh’ at Foreign Service Academy in the capital.

The minister said after visiting Ivory Coast, Latvia, Senegal and Ghana in 2010, a Fact-Finding Mission of the ministry found that the production of rice, wheat, cotton, coffee etc would be feasible and profitable for our investors there.

Bangladesh initiated ‘Contract Farming’ in the African countries appointing 11 Bangladeshi farmers in Zambia in 2016, he told the programme, organised by Bangabandhu Research Centre for Foreign Policy and Diplomacy.

Dr Momen said that the Islamic Food Processing Association (IFPA), established in Uganda in 2011, could channelise intra-OIC investment in agro-food processing sector as well as creating a dedicated fund for agro-industrial development through Islamic Development Bank.