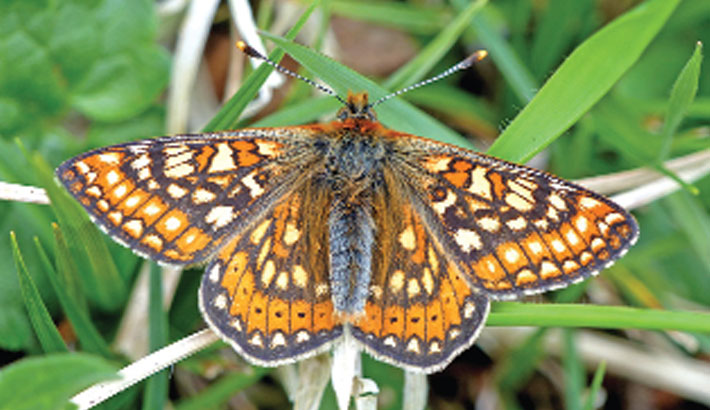 The fluttering flight patterns of butterflies have long inspired poets but baffled scientists.

Researchers have struggled to understand how these delicate creatures can fly with their large but inefficient wings, reports BBC.

Now, a new study shows that butterflies evolved an effective way of cupping and clapping their wings to generate thrust. The scientists say that this ability helps them avoid dangerous predators.

Flying species have evolved various methods of evading death. Some have developed powerful and efficient wings to speed them to safety.   Others survive by tasting awful when eaten.

But no one has shown how this works in natural flying conditions.

“The wings are behaving in quite an interesting way,” co-author Dr Per Henningsson, from Lund University, in Sweden, told BBC News.

“The leading and the trailing edge are meeting before the central part, forming this pocket shape.

“We think that sort of behaviour is going to improve the clap because it forms an air pocket between the wings which, when the wings collapse, that makes the jet even stronger and more efficient.”

As well as recording slow-motion video of the butterflies in flight, the researchers constructed two simple pairs of mechanical clappers to test their ideas. One was rigid, the other flexible and more akin to the butterfly wings observed in the wind tunnel tests.

The team found that the flexible wings dramatically increased the force created by the clap.

It also improved the efficiency by 28%, which the authors describe as a huge amount for a flying animal.

This leads them to conclude that the large wings and cupped, clapping action were an evolutionary advantage for butterflies when faced with predators.

“If you are a butterfly that is able to take off quicker than the others, that gives you an obvious advantage,” said Per Henningsson.

“It’s a strong selective pressure then, because it’s a matter of life and death.”

“I don’t really know if they use it in free flight, but I think they typically don’t flap their wings together.

“But in the take-off phase, they definitely do it a lot.”

The authors believe that their research might prove useful in other spheres.

Some drone devices and underwater vehicles already use propulsion systems based on wing clapping motion, but with limitations.

The incorporation of the approach used by butterflies might bring major improvements, the scientists say.

“We’re suggesting that the people that are working on these designs, they should look into this cup-shape behaviour, since there are lots of efficiency and effectiveness to be gained from it,” said Per Henningsson.

“It’s certainly something that would be worthwhile looking into.”

The report has been published in the journal of the Royal Society Interface.