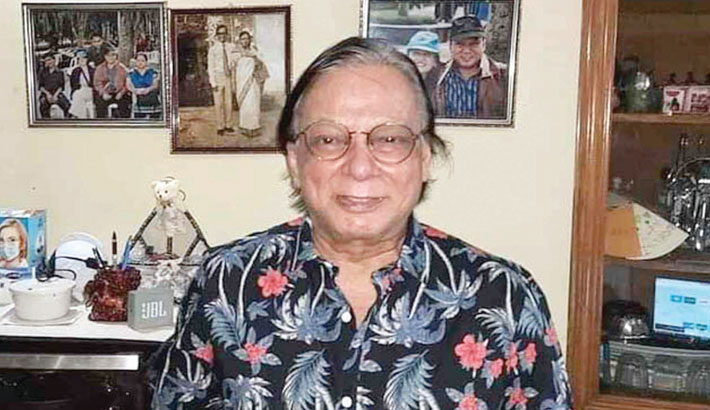 Noted actor, director, theatre activist and playwright Mujibur Rahman Dilu passed away at a hospital in the capital on Tuesday. He was 69.

The valiant freedom fighter, Dilu breathed his last at United Hospital at 6:35am, his family sources said.

He had been suffering from severe pneumonia and other health problems.

The veteran actor was admitted to a hospital in Uttara with lung infections in early January. Later, he was taken to the Intensive Care Unit of United Hospital on January 15 as his health condition deteriorated.

Prime Minister Sheikh Hasina expressed deep shock at the death of Mujibur Rahman Dilu. In a condolence message, the premier prayed for the eternal peace of the departed soul and conveyed deep sympathy to the bereaved family.

Later, his body was kept on the premises of Bangladesh Shilpakala Academy (BSA) from 3:00pm to 4:00pm. His colleagues, cultural activists, friends and well-wishers paid their last respect to him there.

Then, he was buried with state honours at the Banani graveyard after Asr prayers.

He is survived by his wife, two sons and a daughter.

Born on November 6 in 1952 in Chattogram, Mujibur Rahman Dilu started his acting career with stage plays.

In 1972, he became a listed artiste on BTV and worked as a regular performer on the television.

Dilu earned huge acclamation for his performance as ‘Malu’ in the popular drama serials ‘Songsoptok’.

Dilu directed and acted in the play ‘Kingsuk Je Morute’ which was selected in the first drama festival of Bangladesh.

He was the executive director of a private university. He was also the coordinator of ‘Tonatuni’, a children’s organisation.

Mujibur Rahman Dilu was hospitalised in 2005 after suffering from Guillain-Barre syndrome, a rare neurological disorder. Later, he had recovered and returned to normal life.