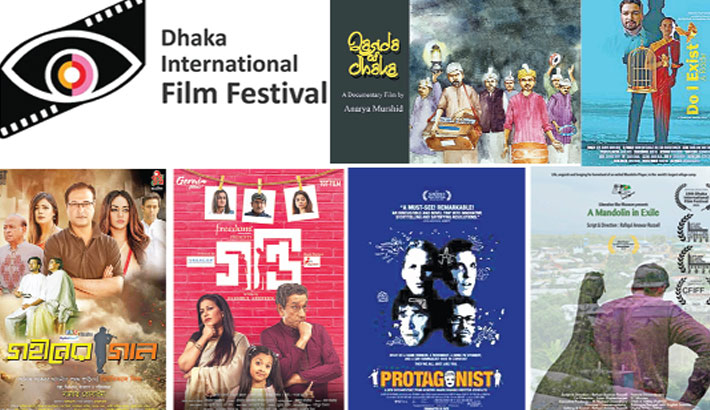 With the slogan ‘Better Film, Better Audience and Better Society’, the 19th edition of the Dhaka International Film Festival (DIFF) is underway in the capital. The film fest began with the screening of Suzanne Lindon-directed French film ‘Spring Blossom’ on Saturday.

The inaugural ceremony of the event was held at the main auditorium of the Bangladesh National Museum on the same day. The nine-day festival was inaugurated by Foreign Minister Dr AK Abdul Momen. Indian High Commissioner to Bangladesh Vikram K Doraiswami attended  the ceremony as the special guest.

This year’s festival is dedicated to the Birth Centenary of the Father of the Nation Bangabandhu Sheikh Mujibur Rahman.

The 19th edition of the festival is showcasing a total of 226 films from around 73 countries in 10 competitive categories, including, ‘Asian Competition’, ‘Legendary leaders who changed the world’, ‘Tribute’, ‘Retrospective’, ‘Bangladesh Panorama’, ‘Cinema of the World’, ‘Women Filmmakers’, ‘Children’s Film’,  ‘Short and Independent’ and ‘Spiritual Films’.

The DIFF’s special event the Seventh Dhaka International Conference on Women in Cinema 2021 was held on January 17 and January 18. Another segment West Meets East will be held today.

Besides, the festival has also arranged a special seminar on ‘Satyajit Ray: National as Global’ at Bangladesh Shilpakala Academy tomorrow.

The audience can also enjoy the festival using the virtual platform LagVelki.com.

Rainbow Film Society has been organising DIFF since 1992 with the theme Better Film, Better Audience and Better Society. It has been working to promote a healthy cine culture in Bangladesh since 1977.

The 19th edition of DIFF will conclude on January 24.