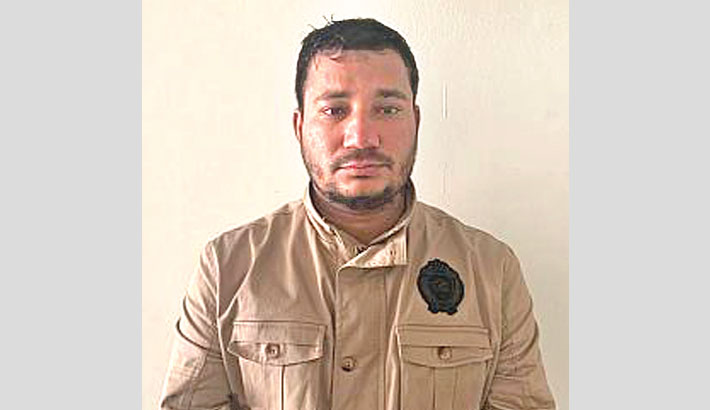 A man posing as a dignitary has scammed a number of people, including members of union parishads, out of millions of taka.

The person named as Rubel Ahmed, 36, visited from one place to another by helicopter, introduced himself as the Country Director of Canadian Council for International Cooperation and gave assurances that he will construct houses for the people who have been impacted by climate change. He was also escorted by his men.

The Economic and Human Trafficking Team of Counter Terrorism and Transnational Crime Unit (CTTC) arrested Rubel, who hails from Shariatpur, in a hotel room in Uttara-18 in the capital on Sunday, said the Media Division of Dhaka Metropolitan Police (DMP) on Monday.

Some fake documents of Canadian Council for International Cooperation, a laptop, several mobile phones and other things were seized from him.

His arrest came after a victim lodged a case with Airport Police Station on January 6.

According to the DMP Media Division, Rubel, who once worked in an NGO, targeted chairmen and members of union parishads. Of late, Rubel visited the villages of 3 No. Betbaria Union in Khoksha Upazila of Kushtia on a helicopter.

He met UP Chairman Babul Akter and told him that he would build houses and educational institutions. He also told the chairman that he had a fund of Tk 17.33 crore for this purpose.

Later, he swindled five to six member of the union parishad out of over Tk 43 lakh, saying that the amount of money was needed for disbursement of the fund.

Babul Akter told the Daily Sun that Rubel first built 30 incomplete tin shacks and later trapped them into providing the money. “The members paid the money without consulting me,” he said.

He, however, claimed that he did not get fleeced.

According to the police, Rubel visited the area by helicopter for three times to win the confidence of people.

He stayed at the room of the hotel and talked to those who came to see him from Kushtia.

In 2007, Rubel went off to Malaysia and stayed there for one and a half years. During his job in a local NGO, he learned how to obtain money by deception.

Earlier, he defrauded people of lots of money in Magura and Khagrachhari in the same way.

Cases were also filed against him in this connection.