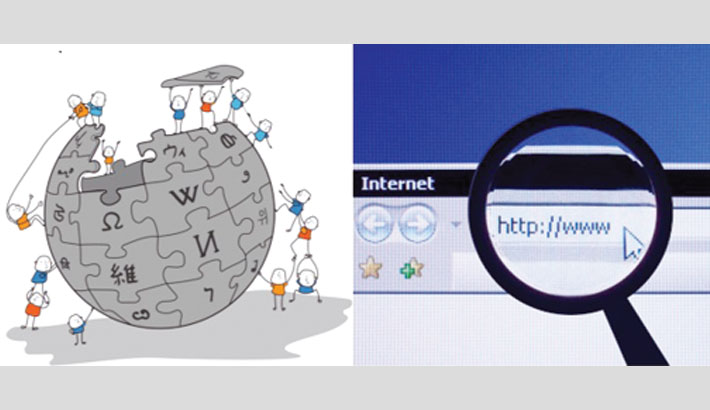 Twenty years ago, a tech startup called Nupedia launched a side project. The company had been hard at work producing a free online encyclopaedia, but it was slow going: its strict editing process, comprehensive peer review and focus on expert authors meant it finished only 21 articles in its first year.

Wikipedia is a multilingual open-collaborative online encyclopedia created and maintained by a community of volunteer editors using a wiki-based editing system.

According to an article of UK-based the Guardian, the side project would do away with all of that. Instead, anyone would be able to write and edit articles.

Nupedia’s founders were split over whether the trade-off – more content with a lower barrier to entry – was worth it, but by the end of its first year, the side project had amassed articles on more than 18,000 topics. Nupedia, by the time it shut in 2003, had finished just 25.

That side project, Wikipedia, now has more than 55 million articles across 300 languages. With 1.7bn unique visitors a month, it is the 13th most popular website on the internet, according to Amazon’s monitoring site, Alexa Internet, and the only one in the top 50 to be run on an entirely non-commercial basis.

The encyclopaedia’s foundational model attracted criticism from day one. Without expert writers or professional editors, many wondered, how could it ensure accuracy? By 2006, as the site celebrated its fifth anniversary, it was the subject of mockery in the mainstream press.

One article cited the encyclopaedia’s claim that “David Beckham was a Chinese goalkeeper in the 18th century” to highlight a “comedy of errors”.

Even in 2006, that particular piece of vandalism was fixed within 11 minutes. These days, Wikipedia has a few more tools to prevent such abuse.

The article about Beckham is one of many that is ‘semi-protected’, a status that prevents unregistered users from editing it – a concession to the reality that not everyone on the internet is interested in contributing to a collective endeavour.

But as the site continues to flourish even as the online environment has transformed, it raises a different set of questions from those of its early doubters. Wikipedia, as one joke goes, works in practice, which is good, because it definitely doesn’t work in theory. Why has the site succeeded in building a positive online community where so many others have failed?

Jimmy Wales, its co-founder, cites two things as making the key difference. “First, everyone knows what an encyclopedia is. If I say ‘encyclopedia article about the Eiffel Tower’, we all know what that should be, so if we set out to write that, we know where we are going and what it should be like.

Second, we never regarded Wikipedia as a wide-open free speech forum, it’s a project to build an encyclopedia. So we try to avoid (as much as we can, we are humans) the typical round and round flame wars of social media.”

“Wikipedia has issues in the same way that any large institution has issues, but it’s undoubtedly a remarkable achievement,” says Abigail Brady, a long-term editor on the site. “In some ways it’s a relic – it dates from a pre-social media era of the web where idealistic attempts to create large collaborative works were just starting.

“I think the key to its long-term success has been its lack of commercialisation. Jimmy Wales made a decision that Wikipedia should be non-profit very early on, and stuck to it. There are no ads (beyond the odd pledge drive), and no sense that your labour is being farmed by a company too cheapskate to actually pay people to do data entry. It is a genuine collaborative project.”

As Wikipedia has grown, it has moved beyond simple encyclopaedia-style articles. The community’s best points are now visible at times of great upheaval, when collaborative editing allows hundreds of people to work on pulling together an authoritative overview of breaking news events before the events have even finished.

At 6.34pm UK time on 6 January this year, one Wikipedia editor, with the username Another Believer, decided that events in Washington looked important enough to warrant an article. Tentatively titled “January 2021 Donald Trump rally”, the initial entry was brief: “On 6 January 2021, thousands of Donald Trump supporters gathered in Washington DC to reject results of the November 2020 presidential election.”

One minute later, the Guardian’s live blog reported: “House offices evacuated as Trump supporters storm Capitol barriers.” Over the next half-hour, Another Believer continued to update their article alone. Slowly, other administrators began to join in, and the article became the site’s key focus for those documenting the rapidly evolving events in Washington. By midnight UK time, the article was 3,000 words long, with a further 3,000 words of footnotes, and a debate was raging over whether to rename it from its latest title, “2021 United States Capitol protests”, to its current headline, “2021 storming of the United States Capitol”.

The collaborative encyclopaedia still has many barriers to overcome, from an ever-present funding crisis, only partially solved by its donation-driven revenue model, to its undesired role as a silent battlefield for professionally run influence campaigns to rehabilitate reputations, or excise controversy from the internet. And it still faces the same pressures that more conventional reference sources do, as it struggles to represent the history of the world with less of a focus on the white, male wealthy figures who make up so much of recorded history.

But 20 years on, it is difficult to deny that Wikipedia has proved the naysayers wrong. Whether it is the last gasp of a vision of the internet that has all but died out, or a shining beacon lighting the way to a better future, remains to be seen.