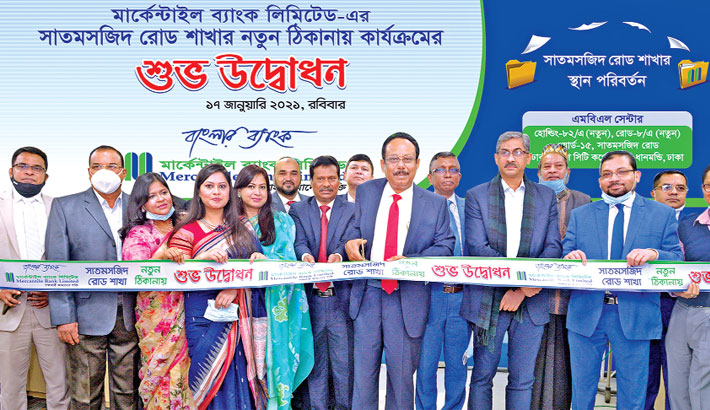 The Satmasjid Road Branch of Mercantile Bank Limited has been shifted to newly-constructed ‘MBL Centre’ in the city on Sunday.

Morshed Alam, Chairman of the bank, inaugurated the branch virtually as the chief guest while Md. Quamrul Islam Chowdhury, Managing Director and CEO of Mercantile Bank presided over the programme, said a press release.

AKM Shaheed Reza, Director of the bank and Chairman of Mercantile Bank Foundation spoke on the occasion virtually as special guest.

Md. Moniar Rahman, EVP and HOB of Satmasjid road branch gave his vote of thanks. Deputy Managing Director of MBL Shamim Ahmed along with other Senior Executives and officers of the bank, elites, businessmen, journalists and invited guests were also present on the occasion.