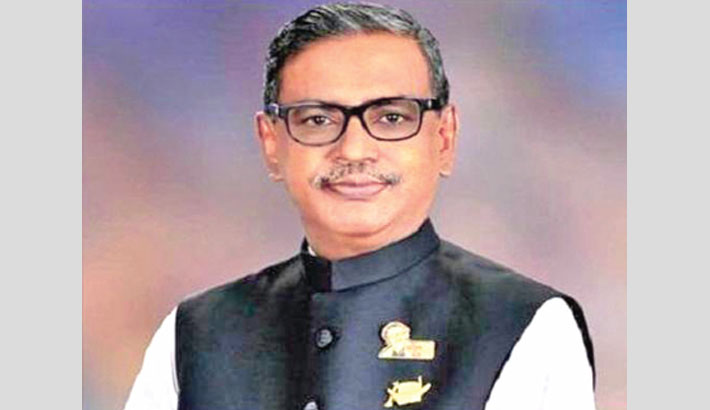 Mayor-elect of Noakhali’s Basurhat municipality Abdul Quader Mirza on Sunday said he has overcome his fear with the help of his elder brother and Awami League General Secretary Obaidul Quader.

“Precisely, I’ve conquered my fear with the help of our leader Obaidul Quader,” he told reporters, a day after winning the mayoral race in the Basurhat municipality polls held on Saturday.

Mirza was replying to a query about apprehension he expressed before the polls that there might be violence in the election claiming firearms were brought in from different places.

The local Awami League leader came to the limelight after marking various comments at different election rallies, drawing flak within the ruling party.

Before the polls, he demanded a fair election and constituting a proper district committee of Awami League.

He was also vocal against corruption and irregularities at different levels of the party.

The mayor-elect said he won the election as he stood by the people like a hill even amid this coronavirus pandemic.

His elder brother’s massive development activities in his area also played a vital role in his victory, he said. “Besides, I was vocal against the evil politics and took a stance in favour of a fair and neutral election. For all these reasons, people got attracted to me and they elected me by a huge margin,” he said.

Talking over the allegations he raised before the polls, Mirza said he has specific information. “……now, I just mentioned one thing. I’ll speak on it later,” he said.

Replying to a query over firearms, he vowed to stop the politics of arms unitedly. “It’s the responsibility of the administration to recover firearms. Supporters of Jamaat-e-Islami have shot police and vandalised 12 government offices. Those arms are still on their hands,” he said.

Mentioning that he thwarted all the conspiracies with the help of Obaidul Quader, the newly elected mayor said he also got BNP-Jamaat votes. “Or else, it had not been possible to get massive votes. It was a stronghold of BNP once. It has been possible to win the polls due to our activities, especially the development activities carried out by Obaidul Quader,” he said.

Talking over tender manipulation, extortion and recruitment trade, Mirza said he has already informed the party high-ups of the issues and they will address these problems. “I’m waiting for their action. If otherwise, I’ll make it clear with evidence,” he said.

About the conflict with his sister-in-law, he said he has no any complaint against his elder brother’s wife. “In the last upazila parishad polls, she extended her support to a candidate but I stood for another one. And my candidate got the nomination and won the polls. There’s no other issue here,” he said.

Asked about his previous statement, the mayor-elect said he has spoken the truth. “We’re waiting to see what initiatives the central leaders take to deal with the issues, including evil politics,” he said.

Mentioning that there is no atmosphere in greater Noakhali to get a better outcome in the upcoming national election, Mirza said he did everything for the sake of the party. “I don’t have any idea about other areas of the country. But, Awami League won’t register victory in the polls in greater Noakhali except bagging three or four constituencies if a fair and neutral national election is held,” he said.

The mayor-elect also vowed to implement his electoral pledges gradually. “Safe drinking water will be ensured alongside resolving the gas problem in the municipality,” he said.