State of wetlands in Bangladesh 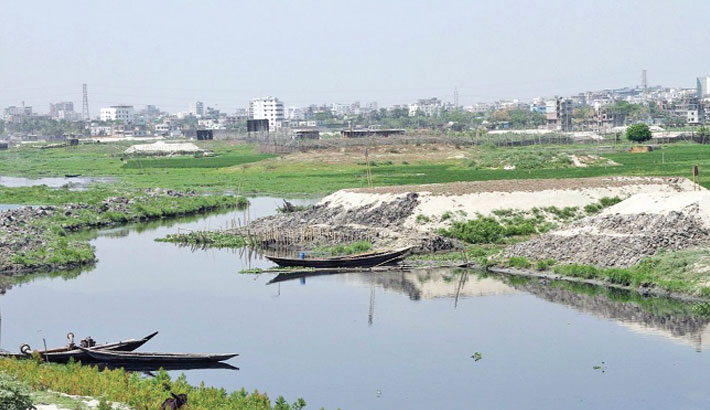 Wetlands are the most useful natural productive ecosystem in the world. Estimates indicate that about 6.4 per cent of lands of the world are wetlands. Wetlands are a vital link between land and water in Bangladesh. More than two third of Bangladesh may be classified as wetland according to the definition enunciated in the Ramsar Convention. About 6.7 per cent of Bangladesh is always under water, 21 per cent is deeply flooded (more than 90 cm) and 35 per cent experience shallow inundation (FAO, 1988).

The total area of Wetlands in Bangladesh is about seven or eight million hectares, which constitutes about 50 per cent of the land surface of the country. Bangladesh floodplains are one of the world’s most important wetlands, harbouring hundreds of species of fish, plants and wildlife. The wetlands in Bangladesh encompass a wide variety of dynamic ecosystems ranging from mangrove forest (about 577, 100 ha), natural lakes, man-made reservoir (Kaptai lake), freshwater marshes (about 400 haors), oxbow lakes (about 54488 ha, locally known as baors), freshwater depressions (about 1,000 beels), fish ponds and tanks (about 147, 000 ha), estuaries and seasonal inundated extensive floodplains.

Bangladesh floodplains are one of the world’s most important wetlands and home to hundreds of species of fish, plants, birds and other wildlife. These wetlands support over 260 fish species, 257 species of birds, 40 species reptiles, 29 species of mammal, 9 species amphibians and hundreds of thousands of migrating birds. Among the estimated 5,000 species and some flowering plants and 1,500 vertebrates in the country, up to 300 plant species and some 400 vertebrate species are judged to be dependent on wetlands for all or part of their life span.

These wetlands provide a critical source of income and nutrition for millions of rural Bangladesh’s poorest people’s intensive use for agriculture, fishing and collection of other aquatic resources helps to support a population of over 800 people per square kilometre. Inland fisheries are particularly important: the four million hectares regularly inundated wetlands contribute about 46 per cent of all fish consumed by the rural people. Over 70 per cent of households in the floodplains catch fish either for income or food and about 60 per cent of animal protein consumption comes from fish. In fact the Bengali way of life is defined by use of modified wetlands in the traditional saying ‘Mache Bhate Bangali’ literally meaning rice and fish eating Bengali.

Wetlands cover about 9 per cent of the earth’s surface and are estimated to contain around 35 per cent of global terrestrial carbon. Wetlands act as sinks for carbon dioxide and other greenhouse gases. For agriculture it supports fertile soils, reduces erosion, provides shade, wind buffering, assists in drought in the North-West region of Bangladesh.

Wetlands also provide tremendous economic benefits, including water supply (quantity and quality), fisheries, agriculture, through the maintenance of water tables and nutrient retention in floodplains; timber and other building materials; energy resources, such as peat and plant matter; wildlife resources; transport; a wide range of other wetland products, including herbal medicines; and recreation and tourism opportunities.

Over the last three decades, massive physical infrastructures in the form of rural roads and flood embankments have been developed in the wetlands including floodplains and haor areas. Many of these infrastructures have disregarded local topographic conditions and natural water flow directions which have often resulted in loss of connectivity, reduced drainage, increased reclamation of wetlands and waterlogging; all have affected the local surface water regime. The critical point of such development activities in the wetlands led the transformation very rapidly at a massive scale.

As a whole, degradation of wetlands has caused several problems;

All the rivers flowing through Bangladesh originate outside the country and these carry heavy loads of silt, sediments and debris, including domestic, agrochemical and industrial wastes, from far-way places.

Increase in the occurrence of flooding and degeneration of wetland based ecosystems, occupations, socio-economic institutions and cultures. The wetlands of the whole country are the dumping grounds for these sediments and pollutants and flushing out of material to the sea is quite slow.

The main water related problems are flash flood, drainage congestion due to sedimentation and loss of connectivity between haor and rivers, river bank and wave erosion and poor navigability.

Whatever industries we already have are enough to render the entire wetlands of Bangladesh including the river system ‘biologically dead’ if the conditions now prevailing are allowed to continue further.

There are some initiatives taken by the Government of Bangladesh for wetland conservation;

(b) Formation of National Conservation Strategy

However, some noteworthy endeavours can be mentioned both from government and NGO sectors in restoration of wetland habitat in the country. CWBMP (Coastal and Wetland Biodiversity Management Project) has been working in several inland and coastal wetlands to protect biodiversity thereof involving local communities. MACH (Management of Aquatic Ecosystems through Community Husbandary) was another project where ecosystem protection approach was used to conserve the habitat and its resources. CBRMP (Community-Based Resource Management Project) program of LGED (Local Government Engineering Department) is also working on fisheries restoration and resource management. Besides, we should work on some awareness campaign;

•      Observation of national and world day’s

•      Staging folk dramas and holding workshop as well as seminars

Our spirit, mind, body and health are related to the wetlands. We need to save our wetlands. The first step in developing wetland management was intensive community consultations to identify local wetland threats and develop a consensus on solutions in the form of participatory action plans. The second step was to establish the institutional framework for communities and local government to co-manage the wetlands on their door steps. Three types of institutions were created at village, wetland and local government levels, as well as one union level federation. The loss of wetlands is threatening to imbalance the whole environment as well as the frequent filling of ponds and reservoirs is affecting the very ability to sustain the wetland habitats. Though the conservation of wetlands demands the prior care of ensuring a healthy environment, appropriate policies must be taken to ensure a sustainable conservation of wetlands.