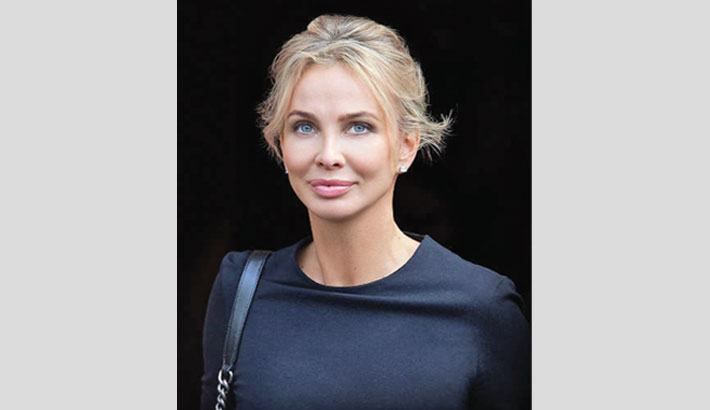 The ex-lover of Spain’s king emeritus testified Friday that her life had been threatened by a former spy chief on orders from the exiled monarch himself in a conversation that “terrified” her.

The explosive testimony by German-born business consultant Corinna Larsen emerged during the trial of a notorious retired police chief suspected of large-scale corruption whose revelations have shaken Spain’s elite, reports AFP. But her allegations were denied by General Felix Sanz Roldan, who served as head of Spain’s CNI intelligence services between 2009 and 2019.

Speaking to a court in Madrid by video conference from London, Larsen—who also uses the surname zu Sayn Wittgenstein—said she had been directly threatened in May 2012 by Sanz Roldan.

And she testified that the orders had ultimately come from the then monarch, Juan Carlos I.

During her affair with the king, which she says ended in 2012, two years before his abdication, Larsen said she received sensitive documents about the “financial and business dealings” of the king and the royal household, which the security services wanted to get hold of.

Testifying in court, she said Sanz Roldan had contacted her on several occasions to make clear that until she handed over the documents, she would not be safe, threatening both her and her children in a meeting at London’s Connaught Hotel on May 5, 2012.

She said he had laid out various recommendations “which were in fact orders” which he advised her to follow.

But Sanz Roldan flatly denied the allegations, later telling the court he had “never ever threatened a woman or a child”.

Larsen said the meeting had been “organised at the express wish” of the king himself.

“King Juan Carlos and General Sanz Roldan always took great pains to explain that the king was commanding the general to carry out these operations so that’s an important fact to note, that these instructions came from the top.”

Later that day, she flew to Switzerland and on entering the family apartment in the Alps, found a book about Lady Diana’s 1997 death in a high-speed car crash in a Paris tunnel.

Several hours later, during the night, she said she received an anonymous call in Spanish saying: “There are many tunnels between Monaco and Nice.” Larsen has lived in Monaco in the past.

“This hit home the reality of the threats and the danger I found myself in.”

Asked by the prosecution why she had not come forward before now, Larsen said she feared for her own safety given that both Sanz Roldan and the king benefited from diplomatic immunity.

“Denouncing General Sanz Roldan, who is a secretary of state and has full immunity, I would have had to denounce the king of Spain himself as the person giving these orders and he was covered by immunity,” she said.

“We did not think that the police in London could actually help me or protect me.”

Larsen was testifying at the trial of former police chief Jose Manuel Villarejo, who is in the dock on charges of making a false allegation and slander for alleging Sanz Roldan had “threatened to kill” Larsen in an interview published in June 2017.

Larsen met Villarejo at her home in London in April 2015, where she told him about the threats in a conversation which he recorded without her knowledge or consent.

He said he met her on the CNI’s orders, pretending to be a lawyer who could help her in order to trick her into handing over the documents.

Despite his work with the agency, his relationship with Sanz Roldan deteriorated significantly in the following years and in June 2017, Villarejo leaked details of the threat in a TV interview.

Five months later he was arrested.

Villarejo met “many times” with Larsen, with a recording of one such encounter triggering a huge probe into the finances of the 83-year-old former king, one of a string of graft allegations.

Juan Carlos fled into self-imposed exile in the United Arab Emirates in August, saying at the time he did not want his personal affairs to undermine the reign of his son King Felipe VI.