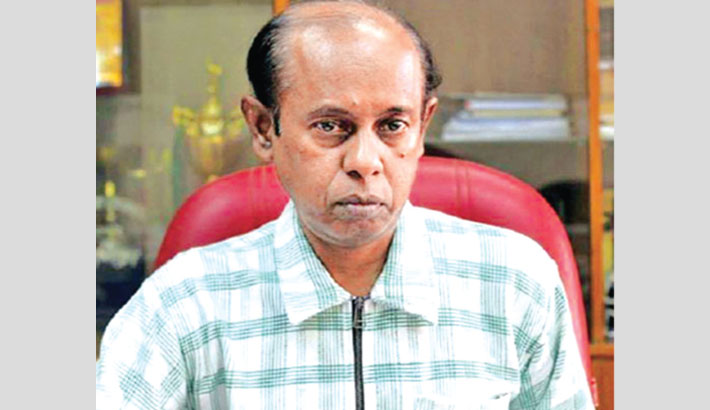 In the conservative Bengalee society Navaneeta Dev Sen was always bright with her daring identity. She lived according to her own will within her invincible character. In diversity of personality she overcame her mother Radharani in many respects. Revolution has a sound whereas Navaneeta Dev Sen has shown that without being vocal revolutionary consciousness can be spread. She was never vocal as a feminist writer though she had that scope. Materials were stored within her family.

Radharani Devi (1900-1989), mother of Navaneeta, was a bright representative of female voice in the conservative male dominated society. She became widow just at 13. Participating in a debate competition on reasonability of divorce organised by Calcutta Congress in the 1920’s she countered the arguments of Anurupa Devi and became victorious in favour of the topic. She practised literature regularly. Ignoring the objection of Sharatchandra she not only established her right in literature page of Sunday magazine but also brought aristocracy in Narikantha. 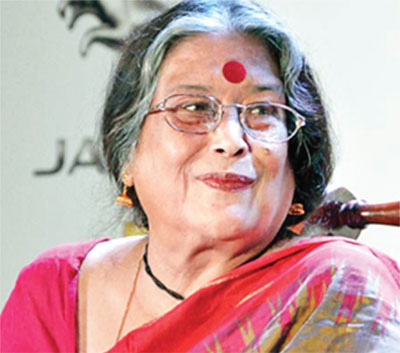 Writing poems using pseudonym Aparajita she created wide response in her time. For long days the actual identity of Aparajita remained unknown but quality of her poems gradually developed and became more acute in Purbashini (female inside dwellers) in 1935. Pramatha Chowdhury informed that it was never possible for any male writer to compose such poems. Moreover, the book was dedicated to Radharani Devi and Narendranath Dev. At last Radharani was traced out.

On the other hand, at the time of assisting Narendranath Dev in his magazine KabyaDipali their intimate relationship resulted in marriage. Apart from adverse situation, difference between their ages was 15 years. Those were not only ignored, marriage happened. She herself bestowed herself on 31st May, 1931 which became a news headline on next day newspapers. After premature death of their first child Narendranath constructed his new house BhaloBasha (good house) at a spacious place in Hindustan Park area of Calcutta.

In that spacious house their second child Khuku i.e. Anuradha of Sharatchandra and finally Navaneeta of Rabindrnath was born on 13th January, 1938. Till death she lived in that house. As a worthy daughter of an outspoken mother she acquired respect from all but fanatic feminism never grew in her.

Her academic and research career on oriental and western education spread from Lady Braborne College to Jadavpur, California, Cambridge and Harvard University. She obtained Ph. D. from Indiana University. Besides long time (1975-2002) teaching career at Jadavpur University she delivered Radhakrishnan Memorial Lecture at Oxford University, was Metag Professor at Colorado University. Everywhere she was bright in her appearance. She did not remain complacent simply with securing 1st class 1st position in Comparative Literature from Jadavpur University but engaged herself in studies on languages like Hindi, Odia, Assames, Sanskrit, German, Hebrew, English etc. In every field she was equally successful. In diversity of personality she surpassed her mother through getting different honours of excellence like Padmasree (4th highest civilian honour of India), Literature Academy Award, Desikottam (from Shantiniketan), Vidyasagar Award etc.

Feminist identity is always exposed through her strong protest against discrimination in male dominated society. If a brother beats his sister the sister can’t beat her brother. She is to be tolerant. Observing this, an eye to look differently at girls developed within her. Her protesting nature against male supremacy and prevailing sense of loyalty of women in society became the foundation of her self-identity. Her daring character was always active in this respect.

Coming out of the house on a single cloth she travelled up to McMahon Line. Her travelogue Truckbahone McMahone (To McMahon by Truck) is a very attractive writing. She visited Kumbhamela alone. Ignoring incurable disease she travelled impenetrable places (viz. Alaska where she flew in a small aircraft of an oil company) of the world. She has described her multidimensional experience in Bengali literature.  Her Bhalo Bashar Baranda (Corridor of Good House), published regularly in the Sunday Magazine of the Pratidin newspaper, is an important document on post-independence Calcutta. In 2006, the Dhruvpada Sahitya Patrika of Calcutta published a special issue of 436 pages named Anyarkam Bangali on life and works of sixteen different Bengalees in literary, art and social movement. In the words of the editor, “In other words, average life is not for those who are quite exceptional and exemplary." Edited by Sudhir Chakraborty this issue became significant in many ways.

In that issue a long article named Gechho Meye Vidyavati (Learned Tree Girl) on her was published. Her love for trees was acute from childhood. Once she climbed a date tree and got injured. Guniyabhai, their long time housekeeper, scolded her for it. These are very trivial matters but mentionable. Kinds of trees in their house at Hindustan Park, fruits in different seasons, fragrance of flowers, chirping of birds living in the trees were at her fingertips. Through her free movement she became the daughter of Andarmahal of several houses in Hindustan Park.

There was no perversion of capricious attitude in her uncompromising and independent lifestyle. Though a feminist she was always self-restrained which she learnt from her mother. Radahrani Devi did not bring up her daughter under her shadow. When a student of Presidency College (now university) Navaneeta Dev met Amartya Sen, a brilliant student of Economics, relationship between them became more and more intimate. Radharani allowed Navaneeta the liberty to love but drew a line of limit.  Radharani imposed three restrictions of location for Navaneeta - not to enter into any curtained restaurant cabin, not to go to lakeside after evening and never to go to cinema.

Their love affair rolled up to marriage in 1958 but ended in divorce in 1976 though this shock did not instigate her to feminist revolt. Rather, their sense of mutual respect was intact till death. When Amartya Sen was awarded Nobel Prize in 1998 she became delighted. At the insistence of editor of weekly Desh, she wrote an emotional article on Amartya Sen. She said to Amartya, “Treat this article as flowers.” Her life was not always a bed of roses but she protested against the definition of rape passed by Calcutta High Court. She came forward to express grief at the death of her contemporary feminist Kabita Sinha. Her initiative to revoltless revolution, expression of independent thought and courageous moving everywhere remained active till death on 7th November, 2019 at her paternal house where she was born.