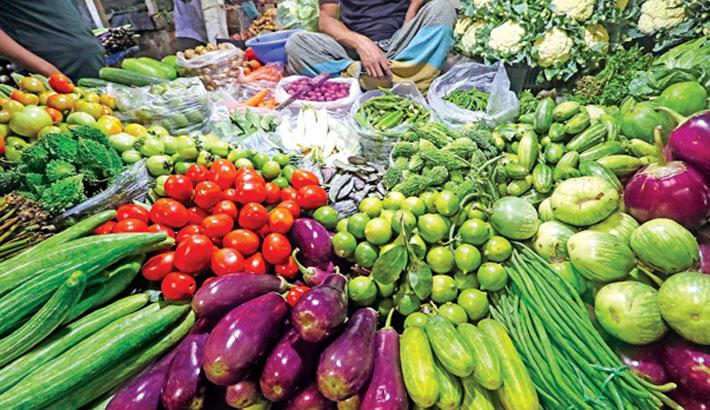 Potato and other vegetable farmers are incurring huge losses due to lower prices against ample supply in the wholesale markets across the country.

More farmers cultivated potato buying seeds at higher price this season in the hope that they would gain profit greatly. But the sudden fall in price led to their financial hardship, said Jahidul Islam, a farmer from Tampath in Rangpur.

Many potato seedbeds were damaged several times this year due to heavy rainfall that badly affected the production of early variety potato and vegetables, the farmer said.

Now newly harvested potato is being sold at Tk7-8 per kg in the local markets in Rangpur district, he claimed.

In the capital on Friday, newly harvested potatoes were selling at Tk20-25 per kg at Mohammadpur Krishi market.

Earlier in October and November last year, the price of potato was higher. It was selling at Tk50 per kg in the capital

Farm economist Prof ASM Golam Hafiz said the government always extends facilities to businesspeople while the farmers do not get their necessary supports.

Bumper production against the dearth of marketing facilities is one of the reasons behind fall in prices, he said.

Farmers will stop vegetable cultivation if they don’t get fair price of their produces, he added.

The Department of Agriculture Extension (DAE) targeted to produce 136.66 lakh tonnes of vegetables from 5.82 lakh hectares of land this year.

Potato has been cultivated on 4.779 lakh hectares of land against the target of 4.685 hectares. Around 26 percent of the tuber crop has been harvested so far, said AKM Monirul Alam, director (In-Charge) of Field Service Wing at DAE.

He said harvesting of potato will be completed by 45 days and they are expecting a bumper production this year that may exceed the target of 113.71 lakh tonnes.