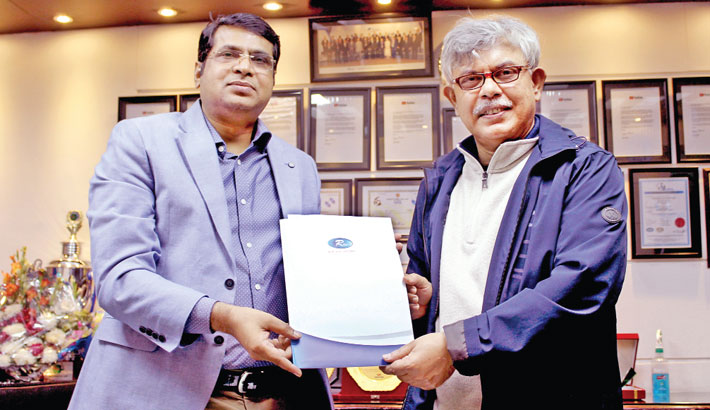 A web film will be made based on the eminent writer Anisul Hoque’s novel ‘Shodurtoma’. Under the banner of Rtv’s Bengal Multimedia, the film will be directed by promising filmmaker Zubair Ibne Bakar.

A programme was held in this regard at Rtv’s office in the capital’s Kawran Bazar area on Thursday. Rtv CEO Syed Ashik Rahman and writer Anisul Hoque have signed a deal for the web film.

Anisul Hoque said, “Rtv always produces quality programmes to its audience. I believe they will also be successful with their new venture.”

Director Zubair said, “I’m happy that I will direct this beautiful story-based web film. The audience can feel a different touch through our Bengali culture.”

Ashik Rahman said, “Rtv has been entertaining the audience with different programmes focusing on our culture since its inception. We have also made audience acclaimed films like ‘Jodi Ekdin’ and ‘Saapludo. Now, we are going to make a web film based on Anisul Hoque’s novel. I hope the viewers will find uniqueness in the film.”