Directors’ Guild election to be held on Feb 26

Guild leaders want corona vaccine for artistes on priority base 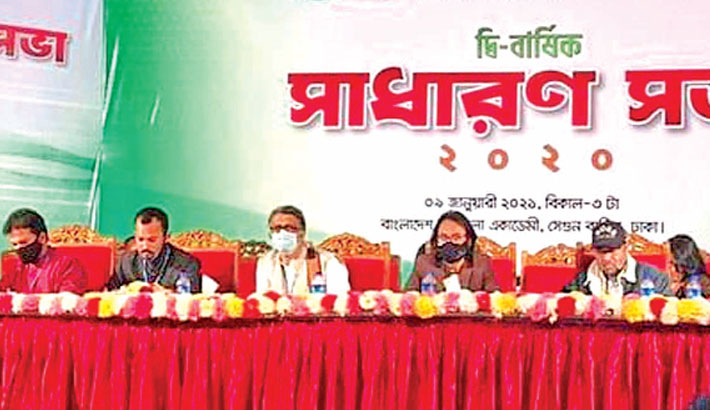 The general election to the Directors’ Guild, an organisation of television drama directors, will be held on February 26 at Bangladesh Shilpakala Academy. The organisation has recently taken the decision at its bi-annual general meeting.

Information Minister Hasan Mahmud was attended the programme as the chief guest. Directors’ Guild President Salahuddin Lavlu and General Secretary S A Haque Olike, among others, were also present.

In the programme, the leaders of Directors’ Guild raised their various demands to the minister, including, giving coronavirus vaccination to the artistes on a priority base.

Initially, the election was scheduled to be held in December 2020. But it was postponed due to the ongoing coronavirus pandemic.