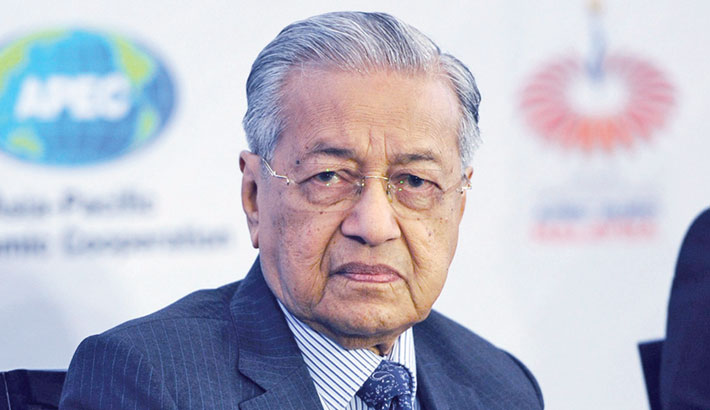 “I expect it to be different from Trump, because Trump knew practically nothing about Southeast Asia,” Mahathir said in a interview recorded on Jan. 7 and broadcast at the Reuters Next conference on Thursday.

“Trump used to be against almost every country, but now I think Biden would want to reverse that policy and have some understanding or friendly relations with many of the countries, which in the past have been quite supportive of America.”

Biden had said in November that the United States will be “ready to lead” again on the global stage when he formally takes over on Jan. 20, after the world grappled with Trump’s “America First” policy that antagonised allies and sparked a trade war with China.

“I don’t believe he is going to continue with this silly trade war with China. There should be some attempt to maybe solve some of the problems of the imbalance in the trade, but to have the trade war is not something that I think Biden will continue,” said Mahathir, who in 2018 became the world’s oldest prime minister to take office at 93 years of age.

The world’s two largest economies have been at odds since July 2018 over U.S. demands for China to adopt policy changes that would better protect American intellectual property and make China’s market more accessible to U.S. companies.

Their trade war damaged global growth and upended supply chains over the past two years.

Mahathir said Malaysia, like most countries, needs to be more sensitive to what China wants as the Asian powerhouse was too big to confront on issues such as trade imbalances or human rights violations.

“China has not treated Muslims there well, but we cannot confront them... we have to be very careful with how we deal with China,” he said.