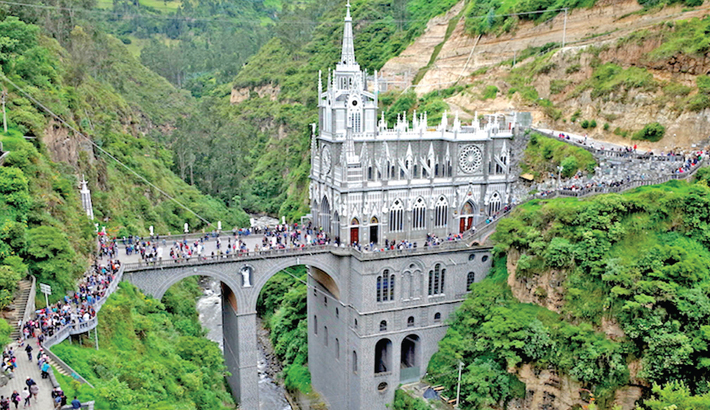 Being human beings we are in a constant challenge about our worth. We do well if we can realise our worth. Many of us can feel the heart-cry of our soul. We need to experience God’s love, grace and strength.

According to Bible, man has been created by God in His image and likeness. They are the breath of God. God made a statue using the dust of the earth. That was lifeless. So, God breathed his breath into the nostril of man. And man became a living soul. So, we have a solid spiritual foundation right from the beginning. In God’s extravagance love, God gave man his breath. However, due to the far-reaching results of the fall, man often fails to realise how valuable we are in the sight of God, our Maker. We fail to evaluate the prestige and value with which our ancestor was created. Our true worth is missed. Man is created differently from the rest of creation. It is said in the Book of Genesis, “. . . the LORD God formed the man from the dust of the ground and breathed into his nostrils the breath of life and the man became a living being” (2:7). Adam was created in a unique manner. Dutch theologian Herman Bavinck aptly puts the uniqueness of man’s creation thus: “The entire world is a revelation of God, a mirror of his virtues and perfections; every creature is in his own way and according to his own measure an embodiment of a divine thought. But among all creatures only man is the image of God, the highest and the richest revelation of God, and therefore the head and crown of creation.”

The Hebrew word for ‘breath of life’ is ‘yipkha’, which means ‘forceful breathing,’ not ordinary breathing. That’s how God imparted his life to man, in that man had body, soul and spirit. That’s how dust turned to a life of glory. The irony is that man got that glory and image of God in him spoiled by his fall by disobeying God’s command. Man had that fall for a fruit! Some Christian theologians say that man is a soul, not that man has a soul! God first made him as the perfect piece of sculpture, i.e. Adam’s body and then he breathed into that lifeless sculpture or statue his own breath. That breath was spiritual, intellectual, emotional and personal element of will. That’s how man became God’s “image and likeness” (Genesis 1: 26-27). This implies man is God’s representative to whole creation of God; he is given the mandate of stewarding of creation, faithfully. It is to enjoy creation of God and live in a way that glorifies and magnifies his holy name, together with fellow-beings. Genesis 1: 26-28 tells us about man’s responsibility of stewardship over God’s good and beautiful creation. This idea of stewardship and man’s authority is indicated in the fact of man’s naming of the creatures on behalf of God (2:19). But man lost that authority over creation because of his fall to sin complying with the enticement of Satan (Genesis chapter 3). It is to be noted that that aspect of the Creation of man is already narrated in the first chapter of the book of Genesis which provides the philosophical description of creation. The phrase, “image and likeness” means God’s communicable or moral attributes, such as, holiness, love, peace, intelligence, justice, reason, personality, free-will, etc. That life-giving power and breath is the life-giving word that in the fullness of time became incarnated in Jesus Christ. “The word became flesh and dwelt among us.” “In the beginning was the word, and the word was with God and the word was God. He was with God in the beginning. Through him all things were made; without him nothing was made that has been made.” (John:1-3). Christ, the eternal life-giving Word of God was the agent of Man’s creation. The dignity of man is again seen in the fact that the Eternal Word came to this world in the form of man for man’s salvation from sin. Christianity is about the event of God reconciling alienated man to him. This is accomplished with a great price: it is the price of God’s only begotten son paying ransom price for man’s slavery to sin paid in and through the death of the sinless Christ on the Cross. Herein lies the divinely ordained and estimation of the worth and value of man in God’s sight. We human beings are of great and inestimable value to God. St. Paul wrote: “For you know the grace of our Lord Jesus Christ, that though he was rich, yet for your sake he became poor, so that you through his poverty might become rich” (2 Corinthians 8:9); and “The life I live in the body, live by faith in the son of God, who loved me, and gave himself for me” (Galatians 2: 20). No greater value than one’s own life!

But as God is God of love he made the promise that he would crush Satan and get man reconciled to him. Genesis 3:15 has that promise. This proto-evangelism and promise of God’s redemption is fulfilled in Christ. St. John said, “God so loved the world that he gave his only begotten son that whoever believes in him should not perish but have eternal life” (John 3:16). The consequences of sin is so colossally disastrous that no smaller gift than that of the sinless life of the God-incarnate would satisfy the demand of a God, who is righteous, holy and just that is beyond human imagination. And nothing on the part of spiritually depraved man can do anything about it!

This spiritual bankruptcy lies at the root of all evils in the world. We abuse our possessions in so many imaginable and unimaginable ways. In wars, corruption of all kinds, in pornography, in abuse of authority and power, in blatant destruction and wastage of God-given resources. Our utter failure in glorifying God through the faithful stewardship of nature and natural resources, abusing of human lives are due to our fallen and sin nature resulting in pride and lust. We need redemption from these. May our journey in the New Year start with the assurance that we have from the fact of our being created in the image and likeness of our Creator, God!  Let this be our motto today: we value each and every human live irrespective of creed, cast or colour, status, sex, age or position as we value our own. All are created in the image of God!

The writer is a Christian Theology teacher.