In Pursuit of Exploitation-free Migration 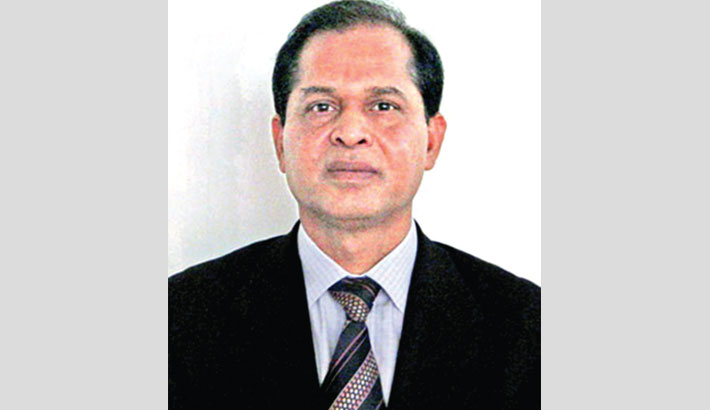 In the last week of November 2020, the secretary of the Ministry of Expatriates’ Welfare and Overseas Employment inaugurated an online platform named 'Bideshjatra' that would provide necessary information related to aspirant-migrants, safe migration, rehabilitation of returning migrants and remittance management, etc. As mentioned, this platform would assist the aspirant-migrants to take a right decision. The platform was developed by the International Organisation for Migration (IOM) with funding from the European Union. While inaugurating the platform, the expatriates’ welfare secretary also indicated the government’s plan of sending one thousand workers abroad every year from each upazila of Bangladesh.

The IOM and the European Union expressed similar expectations about this platform. They expect that migration would be safe, legal and regular. Aspirant-migrants would be able to set foot abroad knowingly and would be safe in their workplace. In a word, the purpose of 'Bideshjatra' is to make them aware of their rights and responsibilities.

I would like to congratulate everyone involved with the establishment of that online platform 'Bideshjatra' for their timely and good initiative. Their sincere efforts would definitely be worthy, if the miseries and sufferings of the migrants are reduced as expected. I believe that by using this platform, Bangladeshis seeking employment abroad would benefit a lot. However, in the light of the realities of Bangladesh, I do not know how much space is there for 'Bideshjatra' to play in making the migration process transparent and migrant-friendly. Can the platform in question take any step to protect migrants from exploitation (including the hidden) existing in the ongoing migration process? Besides, I would like to say a few words on the government's plan to send one thousand workers a year from each upazila, as mentioned by the secretary.

According to a report published on 15 December 2020 in the Daily Kaler Kantho on the cost of migration, a Bangladeshi migrant, on an average, has to pay Tk 416,789 for employment abroad, while his average monthly income is Tk 23,693. The report has also mentioned the average migration-cost for each of the unskilled, skilled and domestic workers going abroad from Bangladesh. In addition, the reporter has mentioned migration-costs and monthly incomes of some of the destination countries. Above all, the issue of official (G2G) migration management agreements with various countries has also been raised.

In an article published in this daily on 8 September 2017, I proposed to send more workers abroad from the poorer districts of Bangladesh. The reason I had shown was that the districts with lower number of migrants have higher poverty rate, whereas the districts with higher number of migrants have lower poverty rate. That means, migrant workers have a significant contribution in reducing the poverty rate. That proposal carries much importance in bringing all the districts of Bangladesh economically to an equal status, though nobody, by this time, has cared that philosophy. I believe strengthening of the poor districts is essential for the overall development of the country. In fact, the objective is to free the poor from the scourge of poverty by integrating them into the mainstream of the country's economy.

From the above-mentioned description, it is evident that- (1) the existing migration process is not safe, legal and regular; (2) there is no proper system or measure for the rehabilitation of the returning migrants; (3) there is no guidance on how to use remittances properly; (4) the authorities are unable to control exorbitant migration costs; (5) there remains weakness in the G2G agreement or lack of migrant-friendly migration system; (6) migration is not used in a well-planned manner for alleviation of poverty, though Bangladesh can enjoy that opportunity; and (6) the issues related to the protection of the interests and rights of the migrants are neglected and on the other hand, our migrants are not well aware of their rights and responsibilities.

Recruitment process is the most important issue among the problems related to migration. This is where the root of all evil lies. The exploiters rarely find such opportunities to exploit the job seekers at any stage in the existing migration process. The main reason for Bangladesh's migration costs to be the highest in the world lies in the migration system. So, we have to work on the migration method. We have to follow a method where there is no scope for exploitation. If this can be done, migration will be possible at a minimum cost. From my personal experience, I can say that it is not only difficult to take any step for the protection of our migrants, it is almost impossible. The influence and power of the so-called vested interest group is so strong and wide that it is unthinkable to implement any migrant-friendly initiative including migration system. Only the government has the option to take a firm stand on this issue. I would be happy to co-operate in implementing an acceptable migrant-friendly, exploitation-free and welfare-based migration system, if the government sincerely likes to do that. I can assure that if such system is adopted, migration will be possible at the lowest cost, as well as safe, legal and regular, and free from all kinds of exploitation and anxieties.

It is not so difficult to solve other problems that come up in the second stage. Returning migrants have their own field-skills. The country can benefit a lot from their skills by employing or involving them in government, private or self-employed activities. From this initiative, their families can also be financially benefited. Despite the world-wide corona epidemic, more than US$20 billion in remittances have come to Bangladesh in 2020. During the more than forty-five-year history of migration of Bangladesh, no guidelines or framework have been put in place for proper use of this hard-earned foreign currency. It is said that the government's directive to spend this money would be considered as interference in individual freedom. We certainly agree with this. However, the government may have to create lucrative opportunities for migrant workers' families so that they would be motivated and attracted, after meeting their needs, to invest the surplus remittance in the productive sectors for the development of the country. Initiatives should be taken to protect the interests and rights of the migrants in their workplace through signing of MoUs and our Missions will take necessary monitoring and action plans in this regard.

Finally, in view of the government’s plan mentioned by the secretary, it would be more appropriate to adopt a plan to build a just economic nation by giving priority to the poorer districts, instead of recruiting an equal number of workers from each upazila (regardless of population). It would only be fair and just, if such a plan is adopted on the basis of population of each upazila/districts after reducing the existing economic inequalities among the districts.

In this context, I would like to refer some statistics of some of the districts with high poverty rates as well as the least poor districts of the country. During the period of 2005-2019, the number of migrant workers from Cumilla district was 939,773 and from Chattogram district, it was 715,548. The number of migrants from Brahmanbaria, Tangail, Dhaka, Chandpur, Noakhali, Narsingdi, Munshiganj, Feni, Kishoreganj, Narayanganj, Laxmipur, Sylhet and Gazipur districts were between two to five lakhs. However, although the number was less than two lakhs, but Faridpur, Madaripur, Manikganj, Moulvibazar, Habiganj, Barishal and a few other districts were in a good position in terms of the number of migrant vis-a-vis their population sizes. Rangpur, Dinajpur, Gaibandha, Lalmonirhat, Sherpur, Nilphamari, Thakurgaon, Khagrachhari, Panchagarh, Rangamati, Kurigram and Bandarban are the districts with less than 15 migrants per thousand people. It may be mentioned that the total number of migrants in Bandarban, Rangamati, Panchagarh, Lalmonirhat and Khagrachhari districts was 4181, 4985, 5417, 7166 and 8614 respectively.

According to the statistics of 2016, the rate of poverty in Dinajpur, Gaibandha, Rangpur, Lalmonirhat and some other districts with lower number of migrants was more than 40 percent, while the national rate of Bangladesh was 24.3 percent (21.8 percent in 2018). On the other hand, the rate of poverty in the districts like Narayanganj, Munshiganj, Dhaka, Brahmanbaria, Cumilla, Faridpur, Gazipur, etc. having higher number of migrants was below 10 percent. Truly speaking, the higher the migrant-rate, the lower the poverty-rate.

We know that the overall development of the country is adversely affected if the economically backward areas are not uplifted. People in those areas will remain poor forever if they are not integrated into the mainstream of the economy. In order to make the country poverty-free, there is no alternative but to give priority to those poverty-stricken districts for employment abroad. The alleviation of extreme poverty from the world is the prime goal of the 16 Sustainable Development Goals (SDGs) identified by the United Nations. And to meet that goal, Bangladesh, along with its other initiatives, might also think of giving priority to the poorer districts in recruiting workers for overseas employments. However, it is advisable to follow an exploitation-free and migrant-friendly migration process, which only can save the migrants.