To Err Out of Ignorance or Negligence? 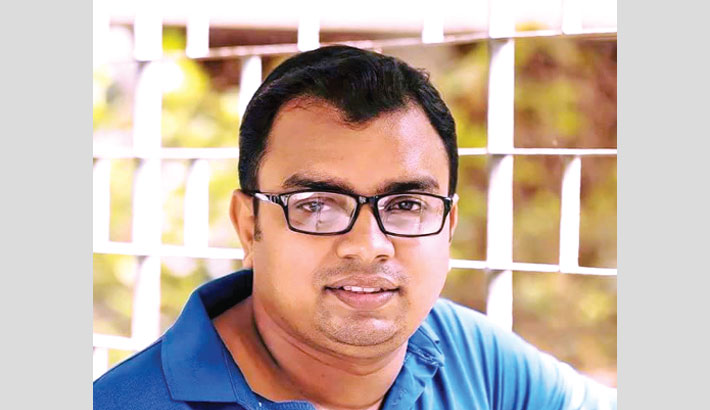 Last month, I was erratically surfing internet. Suddenly, a quotation having been displayed on the homepage of a particular website caught my attention. The quotation was indeed a famous one that we have learnt since our childhood days. It was excerpted from a poem written by Annada Shankar Ray, a noted Bengali essayist & poet. The poem features the magnanimity of our Father of the Nation, Bangabandhu Sheikh Mujibur Rahman. The Bengali version of the quotation is:

But the quotation which was translated into English language appeared something odd and dubious to me. Hence, I consulted with some sources and experts. From the sources and opinions of the experts, I came to know that the translated version of the famous quotation is plagued with some unacceptable errors. Firstly, the word-order was not maintained correctly but violated incongruously. For instance, the quotation cited on the website has been showing that the 'Meghna' is written in place of the 'Jamuna' and the 'Jamuna' is written in place of the 'Meghna'. That means, the mentioned quotation represents a misplaced word-order which is not only unfortunate but unacceptable as well. What is more, even some renowned writers and academicians either are following the ‘misplaced’ word-order of the quotation or have substituted words and their order! 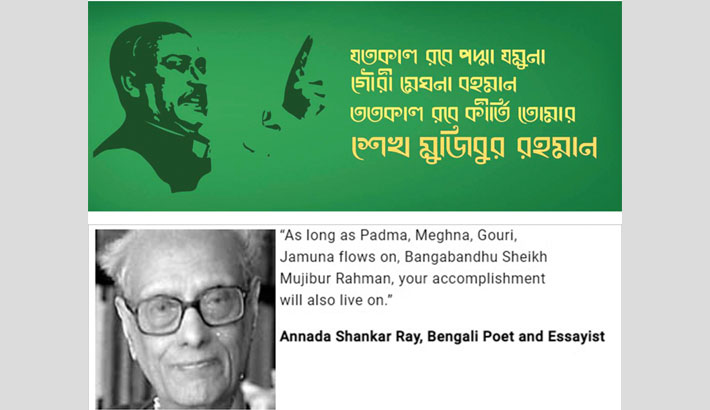 Secondly, although there is no comma in the first four lines of the poem, commas have been used in the translated version. Shockingly, the wrong ‘quotation’ instead of the original one is now being used and found on different websites. But the concerned authorities seem to be into oblivion about the errors and let the quotation come out with these mistakes!

Regrettably, these mistakes are being propagated and overtly used in front of everyone's eyes. If the authorities concerned had studied at least the original version of the poem and matched the translated version, they could easily have evaded the mistakes and the new generation would have been saved from learning those errors, which can be deemed as misrepresentation.

To some people, these ‘errors’ might sound trivial. But we must not forget that Bangabandhu, the architect of independent Bangladesh, is not an ordinary person. Fidel Castro, former Prime Minister of the Republic of Cuba, justly said: “I have not seen the Himalayas. But I have seen Sheikh Mujib. In personality and in courage, this man is the Himalayas”. Surely, forever Bangabandhu will stand tall like the Himalayas in the history of the world. His towering and pleasing personality and charismatic leadership won the world. In fact, his principles and ideals are our guiding pole star to illumine the pathway of prosperity with a view to building our country as the golden one which was dreamt by Bangabandhu.

On the other hand, Annada Shankar Ray is also a famous poet. It is quite evident that when a poet writes a poem about an extraordinary person, he writes after comprehensively appreciating it. We might not disremember that the eminent English poet Samuel Taylor Coleridge aptly defined poetry as "the best words in the best order". Thus, it is not acceptable that someone wishes to change the word-order of a poem, let alone the poem written by a noted poet like Annada Shankar Ray on the magnanimity of Bangabandhu Sheikh Mujibur Rahman.

We are now celebrating ‘MujibBorsho’ or the birth centenary of the Father of the Nation Bangabandhu Sheikh Mujibur Rahman and amidst this grand celebration, such errors are really unwelcome. However, it is highly expected that those mistakes must be amended as soon as possible. Otherwise, the new generation will grow up knowing another misinformation.

The writer is a BCS (General Education) Cadre officer, 34th BCS and teaches English at Ishwardi Government College, Pabna, Bangladesh. He can be reached at: [email protected]