Gains and Pains of an Era in Power 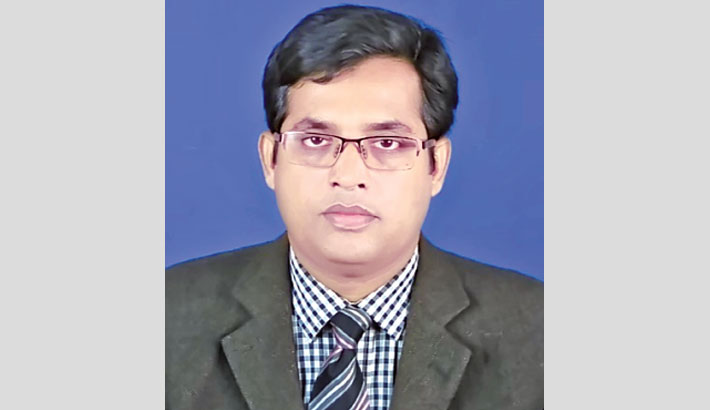 "Continuity" in government matters a great deal for the development of a country. There is a possibility that many decisions of the present government may get reversed with the change of power, if any in future. From this perspective, the Bangladesh Awami League has successfully retained power for the three consecutive times. It's been over a decade after 2009 when it secured a landslide victory in the parliament election. In the last twelve years, they have attained tremendous success in different sectors while there are issues in some sectors where they cannot achieve the desired level of success. Since the AL under Sheikh Hasina's leadership has completed a decade in power, this write-up's primary intention is to highlight gains and pains of AL in the decade of state power.

One of the AL government's significant achievements in the past 12 years is the near completion of the war criminals' judicial process. It was one of the electoral pledges of the present government. The government could meet its pledge made before the elections of 2008 with the enforcement of the verdicts against the prominent war criminals. Different corners have sought to brand the judicial process unfair, but the process was quite fair compared to many commissions formed overseas.

Another significant achievement of the present government is to lay a solid foundation for the country's economy. In view of the progress of our economy, many international organizations have branded us an Asian tiger. The graduation into lower-middle-income is another outstanding success of the government. The foreign currency reserve has outnumbered its previous record while the per capita income crossed USD 2000 in 2020 amid the adverse effects of the Covid-19 pandemic. The government has shown the courage to implement mega projects like Padma Bridge, the Dhaka Metro Rail, and the first-ever tunnel under Karnaphuli River. These projects demonstrate the strength of the economy of Bangladesh. The country has also experienced a steady GDP growth rate in the last decade. Even during the pandemic, the GDP growth rate has outperformed many of the South Asian countries.

At the international arena, the country has done incredibly well. The world leaders have highly appreciated the Prime Minister's role in climate change and the global warming issue. Because of her outstanding contribution to women's empowerment, she was conferred with the "Agent of Change" and "Planet 50-50 Champion" awards. In recognition of the government's outstanding contribution to the ICT sector, Prime Minister Sheikh Hasina received three international awards. These are "WITSA Global ICT Excellence Awards 2019", DCD APAC Award-2019", and "Govinsider Innovation Award-2019". For her contribution to poverty alleviation, she was also awarded the "South-South Award". The victory in the legal battle over Maritime border dispute with Myanmar in 2012 at the International Tribunal for the Law of the Sea (ITLOS) and India in 2014 in a United Nations tribunal was the tremendous success of the government at the international level. The global community highly appreciated the government's decision to open the border to Rohingyas, who were victims of brutal torture by the Myanmar army. In recognition of her courageous resolution to open Bangladesh-Myanmar borders to shelter destitute Rohingyas, Sheikh Hasina was debuted as the "Mother of Humanity" in 2017 by the UK-based 'Channel-4 News". These successes indicate the transformation of our Prime Minister into a global leader over the decade.

The government's performance in the attainment of different social indicators has drawn the attention of the world communities. We have achieved the targets of Millennium Development Goals (MGDs) under the prudent leadership of Sheikh Hasina well ahead of the target time. The government still works hard to attain the targets of Sustainable Development Goals (SDGs). We are now on the right trajectory to accomplish these goals.

Another success of the government was the action against corruption, including Casino. Many of the ruling party leaders were imprisoned due to their involvement in Casino business. Even some of the high profile political leaders, including a relative of the Prime Minister, were axed from Awami League's associate organization's central leadership. The countrymen applauded such action. It is expected that the government should extend the coverage of such a fight against corruption in other sectors.

There are some issues where the government has yet to perform at an optimum level. The first issue is the non-attainment of desired success in governance metric. The government requires taking proactive measures to ensure accountability, transparency, the rule of law, and reduce corruption which are the prerequisites to establish good governance. Though the government has taken decisive actions against political and administrative officials' corrupt practices, further measures have to be taken to attain a sharp leap the corruption index. The government should also implement constructive steps to restore countrymen's confidence in some of the state's important institutions, including the Election Commission. The legitimacy of the EC as an autonomous constitutional entity has been extensively debated. Therefore, people have started losing their confidence in them due to their incapability.

Voters' turnout rate in different elections has remained one of the issues of concern for the present government. Apathy has been formed among a significant portion of the countrymen to engaging in the election process enthusiastically. The development of apathy started during 2013-2014 electoral violence when several hundred people were brutally killed by setting fire on the human body and transportation. These acts generated a feeling of horror among the countrymen that they have at their heart. Thus, they do not feel the urge to go to the election centres. The government should also introduce specific constructive steps to restore the countrymen's confidence in the electoral system. Along with the government, the opposition parties are equally responsible for accelerating the formation of apathy among the countrymen.

Over the past decade, the present Awami League government under the credible and prudent leadership of Sheikh Hasina has performed exceptionally well in managing state affairs. Consequently, tremendous success has been attained in different sectors. The government should consider improving in various governance indicators in the rest of their tenure. We are eager to enter the list of middle-income countries in 2024 under Sheikh Hasina's leadership. It is no denying that the intensity of the government's gains over the past decade compared to pains is relatively high. Therefore, we expect the government to minimize the pains to strengthen the intensity of gains in the upcoming days.