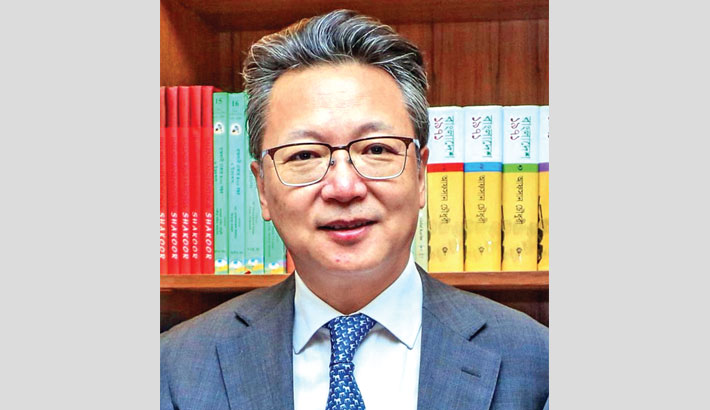 We just waved goodbye to a topsy-turvy year 2020, before a volatile 2021 embraces us right ahead. And maybe in nowhere is the volatility more keenly felt than in the global financial market, which has been on a roller coaster ride since the onset of Covid-19. The first 3 months of 2020 saw the USD jumped to a more-than-three-year high as the pandemic sparked a capital flight to the haven of the world’s largest reserve currency. But as the global economy slowly recovers, the dollar retreated into a downward spiral, and is projected to weaken further this year against other major currencies due to the brighter economic prospects in those countries.

Though the USD is still unequivocally the world’s most dominant currency in international trade and denomination, concerns continue to grow over the past decade about the long-term health of the dollar. On the other hand, as the global economic landscape is developing towards more diversity, the world is also gradually moving away from excessive reliance on the greenback. So luckily for us, we are not left without any alternatives, for example the euro and the Japanese yen, though maybe not in anytime soon. This tendency became even clearer when China’s renminbi (RMB) was included in IMF’s Special Drawing Right (SDR) currency basket in 2016, making it the first and the only currency from a developing country that functions as a global reserve currency.

Today, we are seeing the international anticipation on RMB’s role as a global currency being pushed up even higher, for China is now well on its way to surpass the US as the largest consumer market, after it became the world’s largest trading nation in 2013 and the largest foreign direct investment (FDI) destination in 2014, as well as the only major economy recording positive growth in 2020. So what are the prospects of the international use of the RMB, and what could it bring to a world that is still facing considerable financial risks from the lingering pandemic and other economic threats?

RMB as a Main Player in International Monetary System 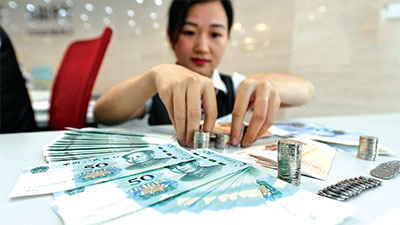 Since being included in the SDR currency basket, the RMB, also known as yuan, has been increasingly used in cross-border payment and financing worldwide. More central banks of different countries hold RMB-denominated assets as reserves and the RMB as an invoicing currency witnessed remarkable progress. Nowadays, the size of RMB reserves is the 5th largest in the International Monetary Fund (IMF)’s Currency Composition of the Official Foreign Exchange Reserves (COFER). Besides, the market share of the RMB in the foreign exchange trading is standing at 4.3%, ranking 5th as an international payment currency.

Though a newcomer in the global reserve currency family, the RMB proves itself remarkably stable and resilient amid adverse and uncertain economic conditions, including during the Asian financial crisis in 1997 and the global financial crisis in 2008. Most recently, during the year of 2019 and 2020, despite headwinds from the ongoing trade tensions and unprecedented disruption caused by the Covid-19 pandemic, the RMB still saw a steady increase of its share in the international transactions used by businesses globally.

Given that market optimism in China is returning gradually, the RMB has quickly stabilized compared with other major global currencies that are seeing significant drops in value. For international market participants this is reflected in less foreign exchange volatility, making RMB-denominated investments the preferred asset class and currency in settling cross-border payments. Resumed business activity will also bolster confidence in the RMB. All of these give the yuan assets clear advantages at a time when market participants are seeking a “flight to safety” and the demand for safe assets is expected to rise further.

According to the research centre at the State Administration of Foreign Exchange of China, the RMB has become a sought-after asset for global investors seeking stability and absolute returns, thanks to China’s quick recovery from the pandemic and its outstanding economic performance. For example, China’s five-year government bonds offer an annual yield over 3% while in comparison, US government debt of the same maturity hovers around only 0.4% and the yield on German bonds is a negative rate of about 0.8%.

Notably, the new regulations and frameworks being introduced by various Chinese agencies are providing further impetus to cross-border RMB use. The trade facilitation arrangements with key partners, such as the launch of digital currency, the introduction of new Free Trade Zones, the expansion of the BRI and the inclusion of China “A” shares in the MSCI index are among key elements. In the latest development, the establishment of the Regional Comprehensive Economic Partnership (RCEP) will give the currency a bigger role to play in regional and international cooperation. Similarly, on December 30th, China and the EU reached a Comprehensive Agreement on Investment that guarantees greater market access and investment opportunities for both sides.

With RMB’s function as a settlement and denomination currency becoming increasingly important, and its attractiveness for financing gradually picking up, the future may see the introduction of more robust measures to shore up and strengthen the currency as China moves to open its financial markets wider. A recent Morgan Stanley analysis predicts yuan to become the third most-recognized currency by 2030 after the American dollar and the euro, accounting for between 5 per cent and 10 per cent of global foreign exchange reserve assets.

China is Bangladesh's largest trading partner, who also newly became its No.1 source of FDI net inflow in 2019. Meanwhile, Bangladesh has been one of the major recipients of Chinese concessional and commercial loans for years. So the question for our two countries is not really whether or not we should set up some kind of bilateral currency cooperation mechanism, which will be beneficial beyond any doubt, but how.

The first and most effective approach for Bangladesh would be to enter a bilateral currency exchange deal with China. This is also currently the most common practice between China and other countries. By signing an exchange agreement, Bangladesh will be able to promote the overall use of the RMB in bilateral trade, investment and the diversification of its own financial portfolios. Other approaches include to take RMB loans in financing projects and to increase cross-border trade settlements in RMB. Another possible way to do this, taking inspiration from a recent proposal by Saudi Aramco, Saudi Arabia's state-controlled oil company, is to float RMB-denominated bonds in China’s onshore market by foreign entities, also known as the Panda bonds. For companies who have a business demand for the RMB, funding it by issuing Panda bonds can reduce the risks from currency mismatch, cut exchange costs and mitigate foreign exchange risk.

Besides, there is another less obvious but equally critical advantage to the monetary cooperation, which is to help Bangladesh forge closer economic ties with other BRI countries, since the RMB is now extensively used in trade, financing and capital exchanges in these places. With the number of countries opting for wider RMB use increasing steadily, this network is also going expand in both size and strength.

A New Year always brings hopes and joy. And for Bangladesh and China, 2021 brings something more. This year marks the 50th anniversary of the independence of Bangladesh. It also entails the beginning of a brand new development stage for China, where the country has pledged to further open up its financial market and to allow greater foreign access.

While China’s resolution is bound to present more opportunities to foreign investors, an increasing share of them will be available exclusively in the form of the RMB. For example, during the 2nd Belt and Road Forum for International Cooperation in 2019, Chinese President Xi Jinping announced that the China Development Bank (CDB) would provide 250 billion yuan of special loans to support BRI-related cooperation projects – in RMB only. As the USD hegemony will foreseeably weaken in a post-Covid, multi-polar world, I believe it is safe to say that whoever starts to invest in the RMB is banking on the promising future of a more balanced and diversified global economy.

The writer is the Chinese ambassador to Bangladesh