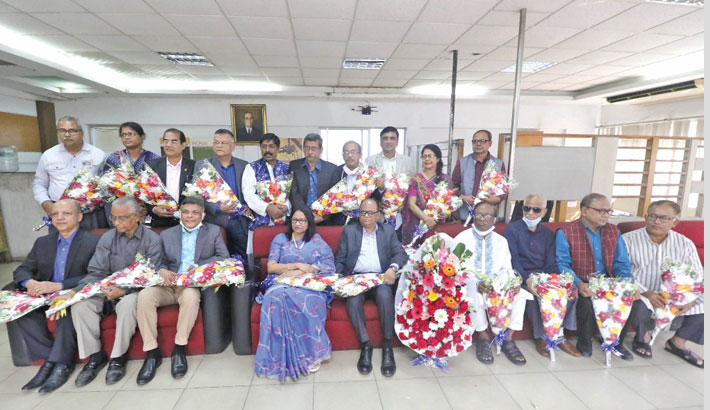 The newly elected managing committee of the Jatiya Press Club led by its president Farida Yasmin took charge on Sunday.

Farida Yasmin has been elected the first female president of the club in its 66-year history.

Before taking the charge, leaders of the new and outgoing committee paid rich tributes to the portrait of the Father of the Nation Bangabandhu Sheikh Mujibur Rahman at the Press Club, marking Homecoming Day of Bangabandhu.

Later at a meeting, the incumbent committee led by Farida greeted the outgoing president Saiful Alam and other members. Earlier on December 31, Farida, a candidate of the pro-liberation forum and Elias Khan, a candidate of pro-BNP forum, have been elected as president and general secretary, respectively.