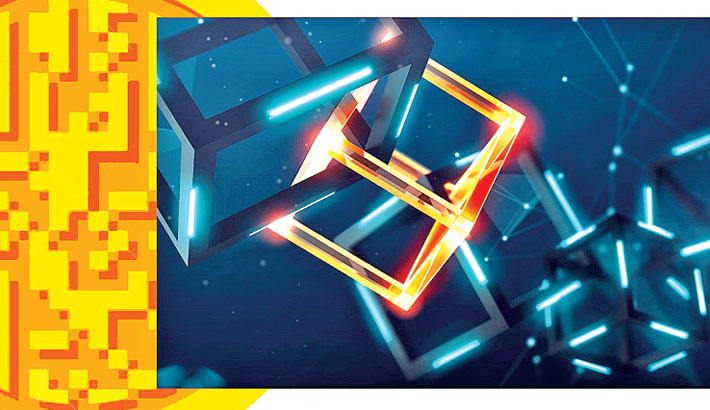 Bitcoin is back, along with the debate over its value. The price of the digital currency is soaring and last week it hit more than 40 thousand US dollars for the first time, having doubled in less than a month.

Bitcoin is a digital currency created in January 2009 following the housing market crash. It follows the ideas set out in a whitepaper by the mysterious and pseudonymous Satoshi Nakamoto.

Its price has jumped by more than 700 percent since the pandemic was first declared in March last year, rising from about 5 thousand US dollars.

But breathless headlines are nothing new for the 12-year-old crypto currency. Bitcoin has been here before, in the previous decade, when it went on a tear with a predictable outcome.

Back then, most mainstream investors, central bankers and financiers wrote it off as a dangerous, anonymous instrument for fraudsters and terrorists, warning it were a disaster waiting to happen for unwitting punters who risked being dragged in.

Among its biggest critics at the time, Jamie Dimon, the chief executive of JPMorgan, labelled it a ‘fraud’ that would blow up, telling a conference of bankers in late 2017: ‘If you’re stupid enough to buy it, you’ll pay the price for it one day’.

There are more than 18 million bitcoins now in existence, generated by “miners” who also provide the computational power underpinning the blockchain, a digital ledger maintained by thousands of computers worldwide that records transactions made using the currency.

The mathematical system that generates new bitcoins – which is decentralised and therefore has no controlling institution such as a central bank – has a hardwired maximum of 21 million coins.

Far from blowing up, anyone who chose to “hodl” – or hold on to bitcoin, in the slang of its legion of online supporters – could have made enough money to make even America’s highest-paid banking executive blush.

Dimon’s own daughter was among owners, emailing him after his “stupid” comment to say she held two bitcoins. Today that modest holding would be worth more than 80,000 US dollar.

This time around, Dimon and the rest of Wall Street is changing its tune, with growing numbers of major institutional investors, hedge funds and pensions money managers buying in. While still saying it’s ‘not my cup of tea’, Dimon admitted last month that some “very smart people” were getting involved.

Once viewed as an anti-establishment, anarchist project to overthrow modern capitalism, bitcoin buyers now include pillars of the financial elite on Wall Street and in the City, including firms such as the UK fund manager Ruffer.

Analysts say three main factors are driving the bitcoin price. First, the media frenzy around the latest boom in the digital currency has drawn in speculative buyers. Second, the involvement of traditional money managers is burgeoning in a maturing market. And finally, big players are viewing it as a protection against inflation.

Jamie Dimon, a longtime bitcoin sceptic, has conceded that ‘very smart people’ are now getting involved in the market. Photograph: Jeenah Moon/Reuters

Expectations are mounting for stronger growth in average consumer prices, amid hopes that the corona virus vaccine will spur a rapid economic recovery at a time when central banks are still pumping billions of pounds into their economies via quantitative easing. Inflation would erode the value of “fiat” currencies – money backed by governments – making digital currencies a potentially attractive proposition.

In the past, investors have bought assets such as gold, which are perceived as ways to insure against inflation because they tend to hold their value during times of economic stress.

This time around, some analysts argue bitcoin could rival precious metals as an alternative. Since October, more than $3bn (£2.2bn) has been invested into Grayscale Bitcoin Trust, an investment vehicle which tracks the value of bitcoin.

Analysts at JPMorgan have said bitcoins could be worth as much as $146,000 apiece if they were to become as established as gold. Comparing the digital currency to the precious metal, it said bitcoin would need to rise by more than four times to match the 2.7 trillion US dollar value of gold owned by private investors.

This would mean “implying a theoretical bitcoin price of $146k,” it said. However, to match the perceived value of gold – established over millennia as a thing worth owning – the currency would need to become much less volatile, according to Nikolaos Panigirtzoglou, the analyst who wrote the research.

He said bitcoin had probably now hit its peak for the year, and could suffer a sharp drop if it ballooned any further. “If anything, the speculative money that is currently happening is pushing up the volatility of bitcoin. In a way, that is actually delaying its convergence with gold, which is key for its sustainability.

“I wouldn’t be surprised if there is not some correction. How big that correction is depends on how far it goes. If it goes to $100,000, I think the correction is going to be big.”