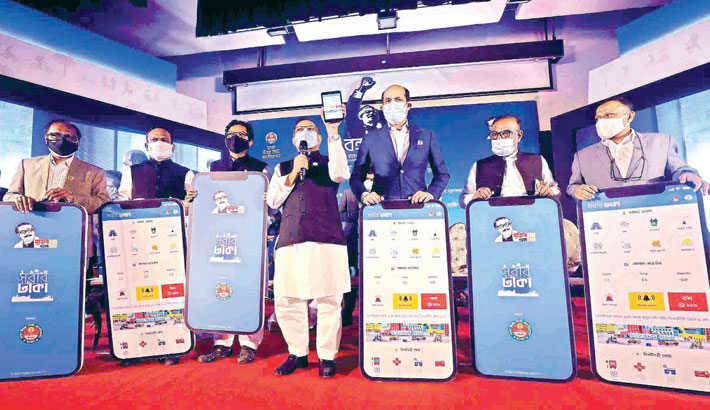 “Using the face detection technology, police will be able to trace listed terrorists, drug peddlers and militants,” he said while speaking at a discussion marking the Homecoming Day of Bangabandhu and the inauguration of ‘Sobar Dhaka App’ by the DNCC at the Krishibid Institution Bangladesh.

Once the installation of the software is completed, surveillance cameras will capture the photographs of the listed drug dealers, terrorists and militants, and share their records, including names, photographs and addresses, with police, the state minister said.

It will be possible to keep the law and order under control using the software as it will alert police about criminals, he said.

Palak said when a listed criminal enters an area, police will be altered through an alarm automatically, because the software has integration with the police database.

Speaking on the occasion, LGRD and Cooperatives Minister Md Tazul Islam said they are planning to build an eye-catching city on the bank of the Turag River on the outskirts of the capital. “On the Turag bank, we’re planning to build an eye-catching city maintaining the ecological balance. I believe you’ll be overwhelmed with the concept of development.”

He also said Old Dhaka will be turned into spectacular city through redevelopment so that foreigners come to visit it.

DNCC Mayor Atiqul Islam said the ‘Sobar Dhaka App’ will ensure transparency of the DNCC administration and their services. “Through this app, we want to bring everyone in the DNCC, including me, councillors and officials, under accountability,” he said.

He said using the ‘Sobar Dhaka App’, residents can file complaints with DNCC and share photographs of any problem along with the location. “They also can know and get the services of DNCC through the app,” he added.

Issuing a warning to grabbers, the mayor said they will issue notices to them so that they vacate the land voluntarily. “Or else, we’ll evict them.”