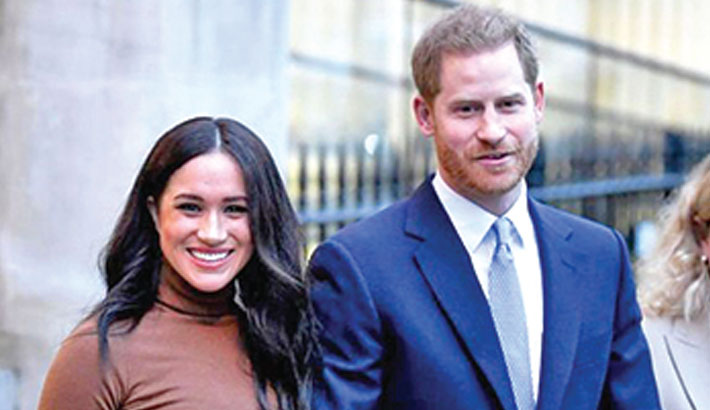 The Duke and Duchess of Sussex, having already bid farewell to royal life and escaped to the relative seclusion of North America, have turned their backs on a more modern institution - their social media accounts, reports The Independent.

The couple have managed to garner 10 million Instagram followers as working royals, exceeding that of the Royal Family’s main account, which holds just 8.6 million by comparison. However, having left the account behind when their life as frontline royals drew to a close, it has now been reported they will snub social media both in a personal

capacity and in relation to their charitable Archewell Foundation.

A source told The Times the couple had “no plans” to use social platforms to further their charitable aims, while they were also “very unlikely” to return as individuals.

Both have not shied away from reproaching social media platforms for harbouring hateful language, with the duchess referring to herself as “the most trolled person in the world” following her engagement to the duke. Harry himself has described the digital landscape as being “unwell”.

News of their departure from the online world follows the mass repudiation of Donald Trump by social media firms including Twitter - which handed down an “permanent suspension” to the US president ”due to the risk of further incitement of violence” following the riots at the US Capitol building.

Their royal foray into digital media saw the pair attempt to use platforms to progress positive goals - including the highlighting of charitable groups they felt were bringing good to the world.

However in an editorial for American magazine Fast Company in June 2020, the duke hit out at “online platforms that have contributed to, stoked, and created the conditions for a crisis of hate, a crisis of health, and a crisis of truth”.“From conversations with experts in this space, we believe we have to remodel the architecture of our online community in a way defined more by compassion than hate; by truth instead of misinformation; by equity and inclusiveness instead of injustice and fearmongering; by free, rather than weaponised, speech,” he added.