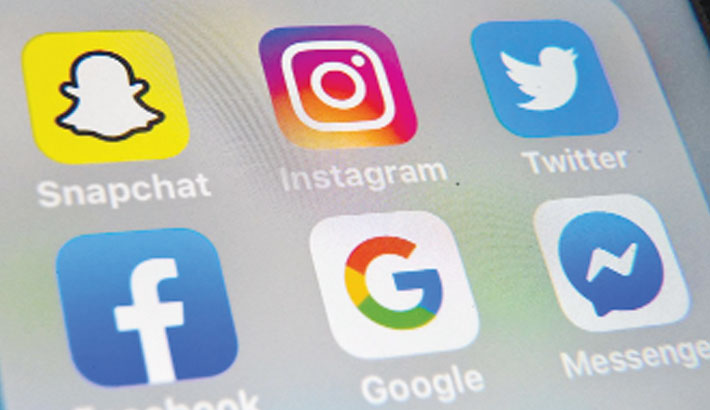 WASHINGTON: Facebook Inc, Twitter Inc and Alphabet Inc’s Google are facing mounting pressure from lawmakers, activists and civil rights groups to enact tougher policies and more forcefully purge misleading content and accounts – including the ones held by President Donald Trump – after a mob of pro-Trump protesters stormed the US Capitol.

Coinciding with the imminent shift of power in Washington to the Democrats, social networks have taken their most aggressive steps yet to muzzle Trump over the last two days. But civil rights groups and lawmakers say the Internet companies allowed misleading content to proliferate for too long,

“Despite repeated red flags and demands for fixes, these companies failed to act until well after blood and glass lay in the halls of the Capitol,” Senator Richard Blumenthal, a Connecticut Democrat, said in an interview.

“Yesterday’s events will renew and focus the need for Congress to reform Big Tech’s privileges and obligations.”

Some lawmakers are considering offering measures that would require more transparency about political ads on the Internet, such as who paid for them. Civil rights and other advocates say they hope public outrage over the insurrection will spur Internet companies to bolster their voluntary efforts to tamp down online propaganda.

“We’re going to be talking about how to regulate and rein these companies in,” said Jessica González, co-chief executive officer of Free Press, which pushes for media accountability. “But gosh, it shouldn’t be this hard to do the right thing.”

A large group of Trump supporters, with the president’s encouragement, stormed the US Capitol on Jan 6, delaying the certification of Joe Biden’s election, which Trump has repeatedly and without basis called fraudulent. Trump had used Twitter, Facebook and Google’s YouTube to urge supporters to strike out, and for hours said nothing as the mob grew violent. Once he urged the crowd to be peaceful, he repeated his claim that the election had been stolen from him.

Facebook said Jan 7 it was extending a 24-hour ban on Trump’s posts for at least two weeks until Biden takes office. Twitter suspended Trump’s account for 12 hours on the condition that he remove three tweets, including a Wednesday video in which Trump expressed his love for the insurgents and called the election fraudulent. A spokesperson confirmed that Trump had deleted the offending tweets, giving him access to his account. But Twitter warned that Trump could receive a permanent suspension if he continued to break its rules.

In his first tweet since gaining access to his account, Trump on Thursday evening posted a video in which he condemned the riot by his supporters at the US Capitol and said he would prepare for a smooth presidential transition.

YouTube also removed Trump’s Wednesday video. The company said he will accumulate “strikes” against his account for continued violations, which could block him from uploading content in the future. Twitch, the livestreaming service owned by Amazon.com Inc, disabled Trump’s account indefinitely while Snap Inc banned the president from posting on its Snapchat app until further notice.

The bans, while unprecedented, were too little and too late for some. “Facebook has finally taken the long-overdue step of blocking the President’s account – at least for the next 13 days – but I’m deeply frustrated that it took a group of domestic terrorists storming the Capitol before they were willing to do so,” House Homeland Security Committee Chairman Bennie Thompson, a Mississippi Democrat, said in a statement on Thursday. “I also can’t help but wonder if the decision was an opportunistic one, motivated by the news of a Democratically controlled Congress.”

Thompson and civil rights advocates are calling on the social media companies to remove the president’s accounts altogether.

Trump, through a spokesman, decried the bans. “It is indisputable that nobody has been more successful at using digital media than President Trump to communicate directly with the American people,” said White House spokesman Judd Deere. “But it’s incredibly ironic, yet not surprising, that when the President spoke to the country at a critical time Big Tech chose to censor and block him from doing so. Big Tech is out of control.”

A Facebook spokesperson pointed to the company’s statements condemning the violence from Wednesday, and added that the company has worked with civil rights groups to refine and tighten its content policies.

A YouTube spokesperson said that, over the last month, the platform has removed thousands of videos that spread misinformation claiming voter fraud in the 2020 election, including several videos that Trump posted Wednesday to his channel.

A Twitter spokesperson said the company continues to evaluate the situation, “including examining activity on the ground and statements made off Twitter. Our global public interest policy – which has guided our enforcement action in this area for years – ends where we believe the risk of harm is higher and/or more severe.”

Facebook and Twitter have rules that ban certain content, such as threats of violence, hate speech and false information on voting procedures. For Trump and other world leaders, Twitter has allowed more leeway because of the heightened news value of communications from top government officials, though it places violating posts behind a warning screen.

But the companies have struggled to police Trump’s incendiary posts ever since the 2016 presidential campaign. Both have preferred to leave up as many posts as possible to avoid having to decide what’s problematic. Twitter, for example, designed a special warning label to cover offending tweets without removing them entirely.

The companies, particularly Facebook, faced criticism that they were bending their policies to benefit Trump and other Republicans while letting election misinformation go unchecked. In July, civil liberties advocate Laura Murphy, who was hired by Facebook to review discrimination on the platform, in a report lambasted the company for failing to apply its voter suppression rules to Trump’s inaccurate posts about mail-in ballots.

That same month, leaders of the National Association for the Advancement of Colored People, the Anti-Defamation League and Color of Change, a racial justice advocacy group, organised an advertiser boycott of Facebook over the proliferation of hate speech on the platform.

Civil rights leaders have continued to press Facebook to eliminate misleading posts about the election, arguing they erode the public’s confidence in the electoral process. Last fall, Rashad Robinson, the Color of Change president, asked Facebook Chief Operating Officer Sheryl Sandberg to take action against a post by Donald Trump Jr., the president’s elder son, that encouraged supporters to “enlist” in an “army for Trump” to protect the election. Robinson said he cited the history of voter intimidation efforts at the polls but was told the post didn’t violate Facebook’s policies.

In September, Change the Terms, which includes dozens of civil rights, human rights and consumer protection groups, called on Facebook CEO Mark Zuckerberg to ban event pages that promote bringing weapons to events. The organisation wrote to Zuckerberg after a militia group used the platform to encourage citizens to take weapons to Kenosha, Wisconsin, amid protests over the police shooting of Jacob Blake. The page was eventually taken down.

Several legislative efforts could see traction, including Democratic Senator Amy Klobuchar’s Honest Ads Act, which would require more disclosure of who is paying for political ads. The Minnesota lawmaker first offered the measure after Russia’s effort to meddle in the 2016 election through ads and phony posts.

Democratic Representative David Cicilline of Rhode Island has also proposed limiting the ability of Facebook and others to micro-target users using demographic criteria such as religion or race. A spokesman said Thursday the effort would likely come back, and could be strengthened.

Cicilline, who chairs a House subcommittee on antitrust, is pushing forward with legislation aimed at curbing the power of large tech companies, including Facebook. It could become the vehicle for lawmakers wishing to stop social media content that misinforms or incites violence.

Lawmakers in both chambers have explored ways to increase the companies’ liability for the content that users post by limiting a controversial legal protection under Section 230 of the Communications Decency Act. Biden has advocated removing the safe harbour entirely.