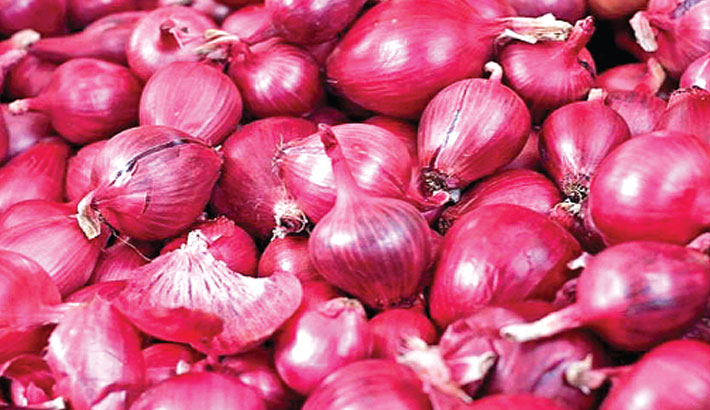 The falling prices of onion amid continuous import of the cooking ingredient in the local harvesting season have frustrated farmers.

The growers said they will not be able to meet even the production cost following the declining prices due to a plentiful supply as the import of onion from different countries, including India, continues.

Meanwhile, agronomists voiced concerns over the fall in onion prices and urged the government to ensure its fair price, warning that a crisis might emerge next year if otherwise.

The onion price skyrocketed in Bangladesh and reached as high as Tk 250 a kg after India imposed a ban on its export in October, 2019.

Although India banned the onion export in 2020 too, its price did not exceed Tk 100 per kg.

Farmers cultivated different varieties of onion, including early ‘Murikata’ one, on vast areas this year after buying seed at a higher price with a hope to make a good profit.

However, the onion price started to fall sharply after India announced to lift the ban on the export from January 1 last.

A huge amount of the cooking ingredient was imported from the neighbouring country since the ban was withdrawn, resulting in the fall of its price.

The price of local onion declined from Tk 42 to Tk 27 per kg at the growers’ level in the onion-producing hub of Faridpur, Pabna, Kushtia and Manikganj in a week, according to the Department of Agricul-tural Marketing (DAM).

New onion was selling at Tk 1,100-Tk 1,200 per maund (40kg) at the wholesale market in Pabna and fresh bulbs were traded at Tk 950 per maund in Faridpur, according to local sources. Farm economist Prof ASM Golam Hafiz said the government always prioritises the interests for businesspeople, leaving farmers to suffer.

“Farmers will turn away from the onion cultivation if they don’t get the fair price and a crisis of onion will again be created next year,” he said,

adding that the government should take strong steps against the import of onion to save farmers and attain autarchy.

However, AKM Monirul Alam, director (Field Service) of the Department of Agricultural Extension (DAE), said they did not permit onion import after September last. “We won’t allow the onion import till June-July next for the sake of local farmers.”

He claimed that letters of credit (LCs) against onion which is now entering the country were opened in September. “We haven’t given any new approval of onion import,” he said, adding that the government also imposed a 5 per cent duty on the onion import.

Farmers planted early onion on 65,000 hectares of land, up by 8 per cent than last year’s acreage, according to the DAE.

The cost of planting onion rose three times this year because of the higher seed price, farmers said.