Iran in no rush to see US return to nuclear deal: Khamenei 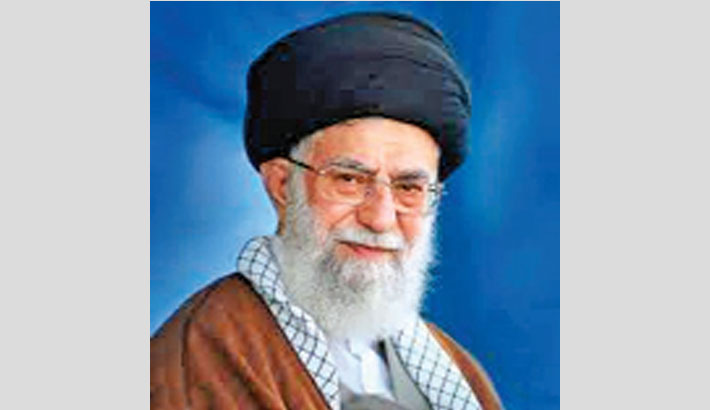 TEHRAN: Iran is in no hurry to see the US return to a 2015 nuclear deal with major powers after Joe Biden takes office this month, its supreme leader said Friday.

Ayatollah Ali Khamenei said it was not a question of "whether the United States returns or not", it was a matter of it lifting its unilateral sanctions, reports AFP.

"We are in no rush and we are not insisting on their return. Our demand, which is both logical and rational, is the lifting of sanctions" that outgoing US President Donald Trump imposed after quitting the deal in 2018. Trump's decision to withdraw from the deal and reimpose sanctions on the Islamic republic escalated decades-old tensions between the sworn enemies.

Biden, who is set to replace Trump on January 20, has signalled a willingness to return the United States to the deal known formally as the Joint Comprehensive Plan of Action, or JCPOA.

The US president-elect has indicated that he wants to negotiate more broadly with Tehran after Washington returns to the deal, notably over its missiles and influence across the Middle East.

Khamenei's remarks came shortly after Iran's Revolutionary Guards unveiled one of its "strategic missile bases" located on the "shores of the Persian Gulf", according to the Guards' Sepahnews website.

In his speech, the supreme leader reiterated Iran's position that the missile programme was developed to "defend" the country against any threats from outside.

Since 2019, Iran has gradually suspended implementation of most of its key obligations under the nuclear deal, which set strict limits on its activities in return for the lifting of sanctions.

Other parties to the agreement, notably Britain, France and Germany, have pressed Iran to return to its commitments in a bid to rescue the deal, but Iran has repeatedly demanded that the United States first lift its crippling sanctions or help it circumvent them.

"When the other party meets practically none of its obligations, it is not logical for the Islamic republic to honour all of its commitments," Khamenei said. "If they return to their commitments, we will return to ours."

Trump's decision to reimpose sanctions deprived Iran of the benefits it expected from the JCPOA by driving away foreign investors and reducing foreign trade, plunging the country into a deep recession.

Iran has retaliated by gradually reducing its commitments to the deal.

It announced this week that it resumed enriching uranium to 20 percent purity -- well below the 90 percent required to make an atomic bomb.

The decision was taken by Iran's parliament, rather than President Hassan Rouhani's moderate-reformist government, which has shown a willingness to engage with the incoming US administration.