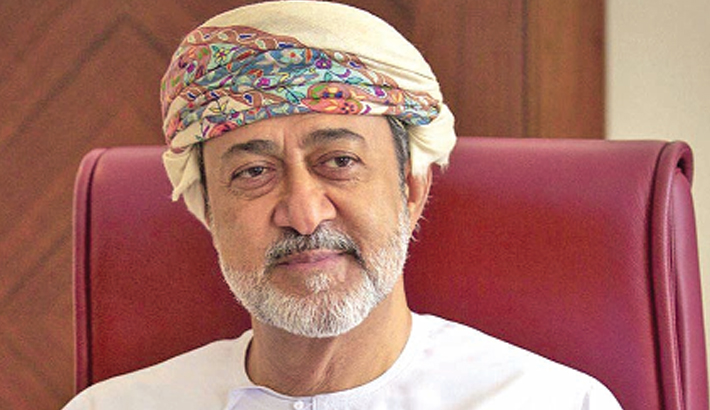 Bangladesh has invited Oman's Sultan Haitham bin Tariq al-Said to join the birth centenary celebrations of Father of the Nation Bangabandhu Sheikh Mujibur Rahman and 50 years of Bangladesh's Independence to be celebrated in March this year, reports UNB.

Dr Momen thanked the Omani Foreign Minister recalling that Oman took care of 700,000 expatriates Bangladeshis and no one had to lose job.

He also said Oman allowed 40,000 Bangladeshis to return to their workplaces who got stuck in Bangladesh due to COVID-19 situation.

Dr Momen also mentioned that Qatar and Saudi Arabia reached an understanding with the support from Oman.

He said the two countries can help each other in dealing with the COVID-19 situation, including information sharing.

The Foreign Minister of Oman noted that mutual friendship between the two countries is growing and strengthening gradually.

The two Foreign Ministers also briefly talked about Rohingya crisis. Foreign Minister Badar Al-Busaidi assured Bangladesh of his country's continued support for the repatriation of Rohingyas to their place of origin in Myanmar’s Rakhine State.

Badar Al-Busaidi highly appreciated the role of expatriate Bangladeshis for the development of Oman.

He said the Omani government stands beside Bangladeshis during the COVID-19 pandemic.

Dr Momen thanked the Omani government and its Foreign Minister for the overall support to expatriates Bangladeshis.

The two foreign ministers agreed to hold Foreign Office Consultation (FOC) between the two countries in the first half the year, according to the Ministry of Foreign Affairs.

The two countries will discuss various bilateral issues of mutual interest in the FOC.

Dr Momen said an agreement on visa exemption for the official and diplomatic passport holders will be signed soon between the two countries.

Bangladesh will soon decide the signatory of the agreement from Bangladesh side, he said.

Oman has nominated Under Secretary of the Foreign Ministry to sign the agreements.

Dr Momen urged Oman to import jute products from Bangladesh as an alternative to polythene.