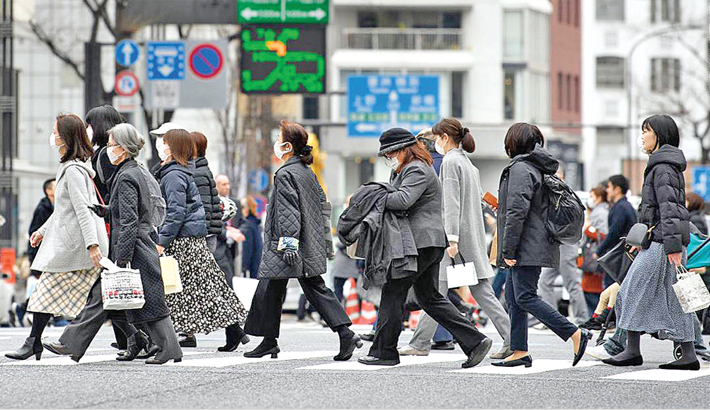 TOKYO: Japan’s economy will take a sizable hit if a state of emergency is declared in Tokyo and surrounding prefectures, media reported Wednesday citing analysts.

Prime Minister Yoshihide Suga told a press conference a day prior that the government was considering the introduction of a state of emergency on the back of record-breaking numbers of new COVID-19 infections clustered around the capital city and its metropolitan sprawl, report agencies.

According to public broadcaster NHK, estimations from five economic analytics firms forecast the countries economy to shrink if the state of emergency is introduced even for just one month.

The estimations range from a 0.3 per cent to a 0.88 contraction due to plummeting consumer spending and limits of dining hours.

NHK cites the Dai-ichi Life Research Institute as predicting a loss of 75,000 jobs over six months after the potential declaration.

Also on Wednesday, Tokyo’s Metropolitan Government confirmed the daily tally of new COVID-19 infections to be upwards of 1,500, a new record, and the second consecutive day of more than 1,000 new cases in the city.