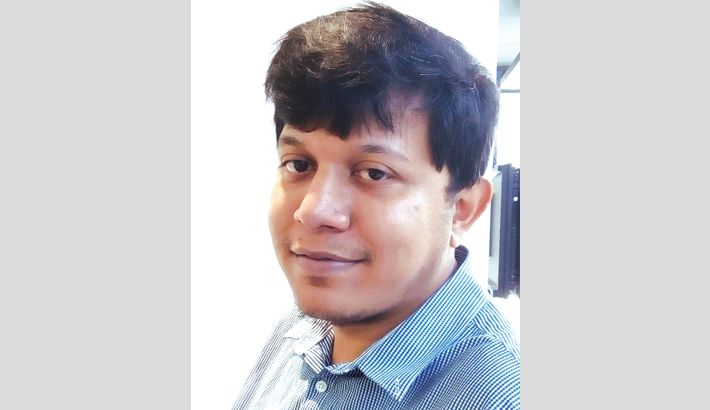 When my wife was not getting pregnant even after one year effort of trying, we decided to consult a gynaecologist. She gave my wife some tests which the latter passed with flying colours. Then it was my turn. During our pre-children marital days, I was unconsciously and sometimes consciously blaming my wife for not being pregnant. I did not want to think that I had low-sperm counts. Still I swallowed my male-pride and got the required tests done. I had no hormonal problem which was the only positive news showing on the reports. But the negative news was that I had a very low-sperm count. I was man enough to admit that I had a problem.

Even after months of treatments, our situation was not improving. It put our lives in tatters. I was around 27. Therefore, I had a lot of time to fix my life. But the pain of not being able to father a child literally dented my confidence severely.  One day, I had just given up and drained all the files. I just looked up above the high world and prayed to the Almighty for fixing my problem. I believed in fatalism.

I also changed my life-style. My guru Naiem Jalal Uddin Ahmed, my former colleague, ex faculty member of Stamford University Bangladesh, used to take me out for eating boiled eggs. I ate plenty of them, almost five to six at a go. I had started drinking plenty of water, walked a lot more, gave up unhygienic foods, relaxed and slept a lot better. If you suffer from male-infertility, do not take hot-bath. Keep your genital area as cool as possible. By the Almighty’s grace, I now have three healthy children. Without Allah’s will, nothing happens.

It is important for single men to do medical checkups before getting married. It is better to stay medically clear before exchanging marital vows. If there is any form of abnormality in genes, we have wonderful healthcare facilities and treatment centres to follow necessary procedures.

Fertility in most men decreases with age. Many doctors suggest men and women to get married early. University of Otago based in New Zealand ran a survey in 2015. Its results show that men exceeding the age of 35 have reduced motility and semen drops (Kate Lyon The Guardian).

Medical practitioners are debating on the cause of male-infertility. They are trying to investigate whether the underweight babies have infertility in the latter stages of their lives or not.  In my opinion, genetic codes might play a decisive role in creating the lack of motility. At the same time, the excessive drinking and smoking habits do reduce sperm volumes in the long run.

Nottingham University scientists have discovered that the standard of quality sperms is dwindling. Many of the sperms produced are not as strong as before. The lack of quality in sperms is stopping many couples from having children. Their study shows that “two-thirds of the plastic ever produced has been released into the environment and shows up as tiny particles in the air, water and soil” (Teresa Carr, The Guardian) are entering our bodies and reducing fertility. It shows as to how environmental pollutants have decreased our health’s reproductive systems. Professor Richard Sharpe from Edinburgh University does not think that civilization is going to end because of decreasing fertility. But he laments that not enough study has been conducted to find “treatments for improving sperm production in infertile men”. According to Barbara Ellen, society relates infertility with feminine problems but it is not. Males are also responsible. Society tends to denigrate women for infertility most often (The Guardian).

Talking about male-infertility is almost a taboo in our society. Males hardly talk about their problems. They feel that society is going to dehumanize them if they share their concerns. Many of them shy away from their problems and instead say that they are not thinking about raising families yet. Probably there are some couples who are not yet ready to start families but I strongly believe that many men do not find it comfortable to deliberate on their worries. Instead, they just take a hiding in code-governed narratives.

What I would request patients suffering from infertility is to never give up. When I went to see my doctor, she literally told me that I would never be able to become a father. A doctor should never give a negative vibe to her patients. She should have encouraged me to continue trying and let the Almighty decide my course of actions. When my doctor gave me that bad news, I could not sleep for two days. Then, I went to another doctor in Dhanmondi 10/A. That young man gave me plenty of hopes. I felt good after talking to him. I found my light at the end of the tunnel. Thanks to him. My advice is similar: lead a healthy life; pray; relax; enjoy; eat properly; sleep peacefully and copulate inside your wife with love, care and strong thrusts.

Children are wonderful creatures. They make our lives joyful. Only Allah decides when we would be fathers. Therefore, we should pin our hopes on HIM. Even if we are medically fit, if Allah does not want, we will not have children. There are so many treatments available. What if we do not have children? Lots of orphans need our shelter. They are hungry for food. Let us adopt them and try to give them better lives. Let us treat them as our own children. My driving instructor, Md. Nurol Absar, has two children of his own blood. One day, he found a street-baby wrapped inside a quilt, crying. She was alone in the foot-over bridge. He gave her formula foods upon his wife’s suggestion. He treats her as his own daughter now.

Males, speak up, mates. Do not worry. Everything will turn out fine. Let us have patience.

The writer is lecturer, department of English, Chittagong Independent University