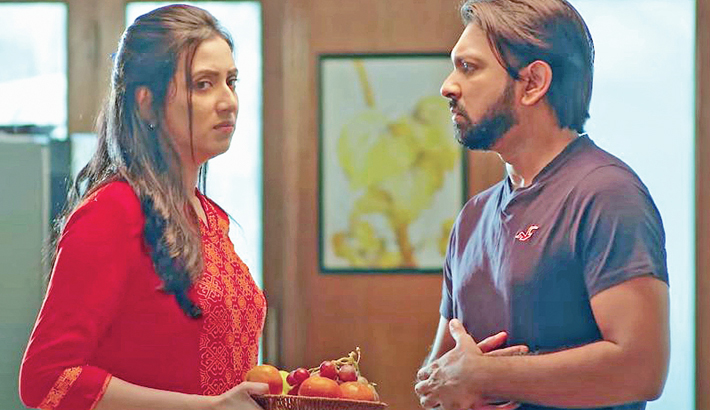 Popular singer-turned-actor Tahsan Rahman Khan and actress Bidya Sinha Mim have paired up in many dramas and TVCs. The duo has also received huge positive responses for their fabulous performance in these projects. They have enthralled their fans again with excellent performance in the drama ‘Hello Baby’.

‘Hello Baby’ is based on the story of a newly married couple Tashan and Mim. They decide that

they won’t be parents in five years. One day, Tahsan’s cousin Polash came to their house with his wife and son. Tahsan and Mim get irritated by the troublemaker kid. They want to get rid of it. Finally, Polash and Mitu left the house with their son. A few days later, Tahsan and Mim realise they miss that kid. They decide to have a child but the doctor said they will never be parents and thus the story continues…

The drama was aired on RTV in December 2020 and later released on Club 11 Entertainment’s YouTube channel on January 1.