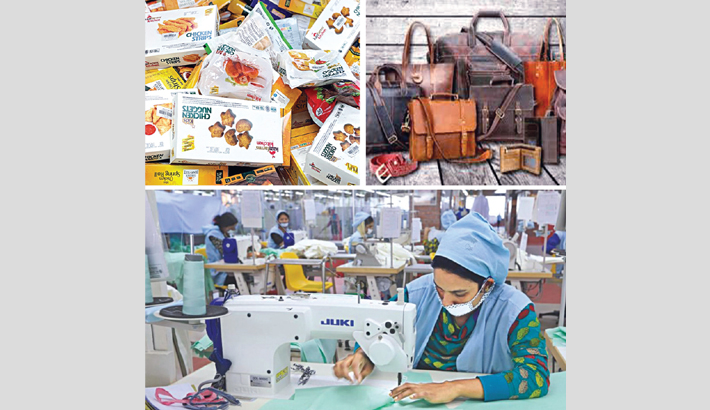 Export earnings in the first half of the current fiscal year have slightly declined by 0.36 per cent compared to the corresponding period of previous fiscal.

In December, monthly export earnings saw a 6.11 per cent fall to $3.30 billion from $3.52 billion in December 2019, according to Export Promotion Bureau (EPB) data.

Though the export income declined, sector experts and exporters said the earnings are satisfactory in the time of global economic fallout caused by corona pandemic.

They said the second wave of pandemic has pushed the growth to negative territory. They also expressed hope that the vaccines will help recover from the impact of the global pandemic, ultimately resulting in a rise in exports.

RMG, the lifeline of the country’s export sector, fetched $15.54 billion during the period, a 2.99 per cent lower amount than the same period a year ago.

In the RMG, knitwear exports stood at $8.52 billion which is 6.39 per cent higher than the corresponding period of last fiscal while woven witnessed a 14.39 fall to $7.01 billion against $7.81 billion in the same period last year.

Leather and leather goods sector remained in the negative trend posting a 6.24 per cent negative growth in the first half of current fiscal. In July-December period, this thriving sector’s exports dropped to $446.13 million from $475 million in the same period last fiscal.

Exports of frozen and live fish also witnessed a 3.71 per cent fall during the period.

Plastic products witnessed a negative growth of 6.84 per cent to $52.97 million during the July-December period, according to EPB data.

However, earnings from jute and jute goods exports increased by 30.56 per cent to $668.11 million during the July-December period of this fiscal, up from $511.73 million over the corresponding period of last fiscal.

Earnings from home textile exports grew by 47 per cent to $547.48 million. The achievement exceeded the target by 18.83 per cent.