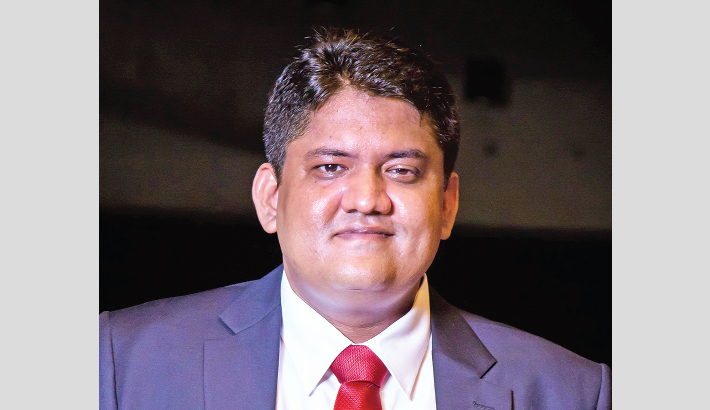 Climate change impacts the planet through higher temperatures, an increase of extreme weather events, changing precipitation patterns, rising sea levels, and ocean acidification. It disrupts ecosystems, and human livelihoods, particularly vulnerable groups such as women, children, and the elderly, as resources, food, and water become more scarce.The interlinked challenges of climate change and sustainable development must be urgently addressed to deliver a stable and secure world to future generations. Governments recognize this, but greater efforts- including scaling up and speeding up climate action - are needed to accelerate progress on the Sustainable Development Goals (SDGs). Implementation has begun, but the clock is still ticking. A growing number of countries are preparing and implementing national plans to address the causes of climate change and enhance resilience. Over the last decade, countries have made progress in managing the worst impacts of disasters.

In fact, the international political response to climate change began at the Rio Earth Summit in 1992, where the ‘Rio Convention’ included adopting the United Nations Framework Convention on Climate Change (UNFCCC). This convention set out a framework for action aimed at stabilizing atmospheric concentrations of greenhouse gases (GHGs) to avoid “dangerous anthropogenic interference with the climate system.” In December 2015, the 21st Session of the Conference of the Parties (COP21) convened in Paris adopted the Paris Agreement. This universal agreement aims to keep a global temperature rise for this century well below 2 degrees Celsius, to drive efforts to limit the temperature rise to 1.5 degrees Celsius above pre-industrial levels.

Working in tandem with the Paris Agreement is the SDGs, which are mutually reinforcing.  The SDGs collect 17 thematic and cross-cutting development goals, containing 169 targets, set by the United Nations General Assembly in 2015. They are part of Resolution 70/1 of the United Nations General Assembly, “Transforming our World: the 2030 Agenda for Sustainable Development.” Within each SDG are aspects of sustainable development: the environmental, economic, and social dimensions. In the 2030 Agenda for Sustainable Development, Member States express their commitment to protect the planet from degradation and take urgent action on climate change. In paragraph 14, the Agenda also identifies climate change as “one of the greatest challenges of our time” and worries about “its adverse impacts undermine the ability of all countries to achieve sustainable development”. Sustainable Development Goal 13 aims to “take urgent action to combat climate change and its impact”, while acknowledging that the United Nations Framework Convention on Climate Change is the primary international, intergovernmental forum for negotiating the global response to climate change.

More specifically, the associated targets of SDG 13 focus on integrating climate change measures into national policies, the improvement of education, awareness-raising, and institutional capacity on climate change mitigation, adaptation, impact reduction, and early warnings. SDG 13’s alphabetical targets also call for the implementation of the commitment undertaken at the UNFCCC and for the promotion of mechanisms able to increase capacity for effective climate change-related planning and management in the least developed countries and Small Island Developing States.

Climate Action is central to SDGs. While  a “wealth of action” had been taken by governments worldwide, “the most vulnerable people and countries continue to suffer the most.” Climate change is moving faster than we are.  We have seen the shattering of three pivotal records before our eyes. First, greenhouse gas concentrations in the atmosphere are at the highest levels in 3-5 million years-and that occurred when the earth’s temperature was as much as 3 degrees warmer and sea levels as much as 10-20 meters higher.  Second, the World Meteorological Organization reports that our planet will record the five warmest years on record from 2015-2019.  We need to look no further than the heat waves in Europe, South Asia, and elsewhere for yet more evidence of that. Third, sea levels are not only rising, they are rising at an accelerated pace.  Indeed, some scientists are already predicting that sea-level rise could double from what is currently projected by the end of this century.

With rising greenhouse gas emissions, climate change occurs at rates much faster than anticipated, and “its effects are felt worldwide”.The average global temperature is already 1 degree Celsius above pre-industrial levels. Still, if not enough is done, then warming will continue at an unsustainable pace and could well exceed 3 degrees Celsius by the end of the century. While there are positive steps in terms of individual countries developing climate plans and the increase in the amount of money being found to finance those activities, far more ambitious plans and accelerated action is needed on climate mitigation and adaptation. World leaders should take concrete, realistic plans to enhance their nationally determined contributions, in line with reducing greenhouse gas emissions by 45 percent over the next decade and to net zero emissions by 2050.

Steps towards a sustainable future improved understanding and awareness are vital.  The quality of scientific research surrounding this subject matter needs to be enhanced, which will require an increase in resource allocation for both the public and private sectors. More investment is essential to improve the data availability situation. The education sector needs to be enriched with materials that will ensure awareness amongst the youth. The system should include separate modules focused on environmental issues from a primary level. Policy integration is also essential. Governments should integrate climate change measures into national policies, strategies, and planning. The issue of ‘loss and damage’ is a new yet fundamental concept. It deals with circumstances when both mitigation and adaptation have failed to prevent climate-induced incidents from causing losses and damages. It is important to enhance understanding of climate policies globally and utilise it to develop more inclusive and climate-sensitive national plans and policies. Climate change must be integrated into institutional mechanisms. Capacity building is an essential component of climate change adaptation initiatives. Capacity building refers to how individuals or organisations obtain, improve, or retain the skills, knowledge, tools, equipment, or other resources to do their work competently. Finance, innovation, and partnership are the three key areas that need to be enhanced in implementing SDG 13. NGO mapping is another major task to be undertaken to allocate resources efficiently and formulate partnerships for better implementation of actions to achieve the SDGs.