Mim’s ‘What the Fry’ trailer out

The short film to be premiered on ZEE5 on Jan 9 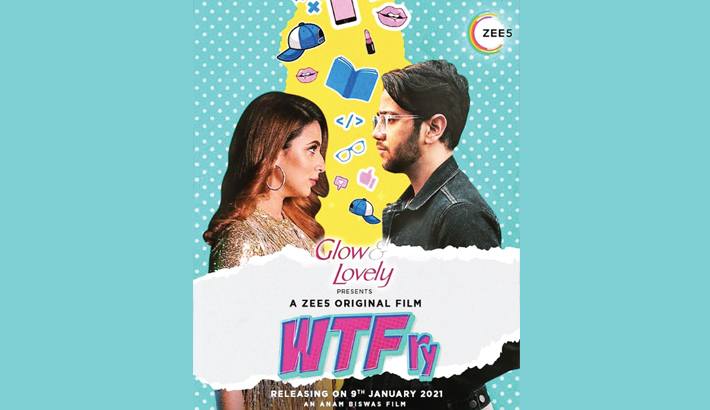 The streaming platform has also revealed the poster of the film featuring lead actors Bidya Sinha Mim and Pritom Hasan. With this latest Bangla content offering, which will premiere on the 9th of January, ZEE5 Global is all set to begin the New Year on a high note.

Like ‘Mainkar Chipay’, ‘What the Fry’ can be watched for FREE on ZEE5 Global by viewers in Bangladesh.

The 50-minute movie, presented by Glow & Lovely, can be available for free on www.zee5.com and the ZEE5 app on Google Play and the iOS App Store.

Directed by national award-winning director, Anam Biswas, ‘WTFry’ has been shot within a compellingly short span of four days. This indie film brings out some of the finest performances by Bidya Sinha Mim, Pritom Hasan, Sakib Bin Rashid and Iresh Zaker.

ZEE5 Global Chief Business Officer Archana Anand said, “We’ve been overwhelmed by the response to our first Bangladeshi Original, Mainkar Chipay, which received rave reviews by not only people in Bangladesh but in other countries as well.  I’m now thrilled to announce another Bangla Original WTFry.”