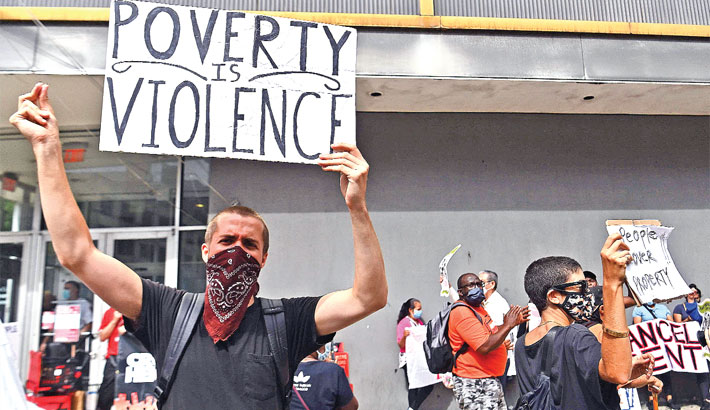 In this file photo taken recently, protesters demonstrate during a 'No Evictions, No Police' national day of action protest against law enforcement who forcibly remove people from homes in New York City. New applications for US unemployment benefits dipped by a modest 19,000 last week, taking the total below 800,000 for the first time in a month, the Labor Department reported. 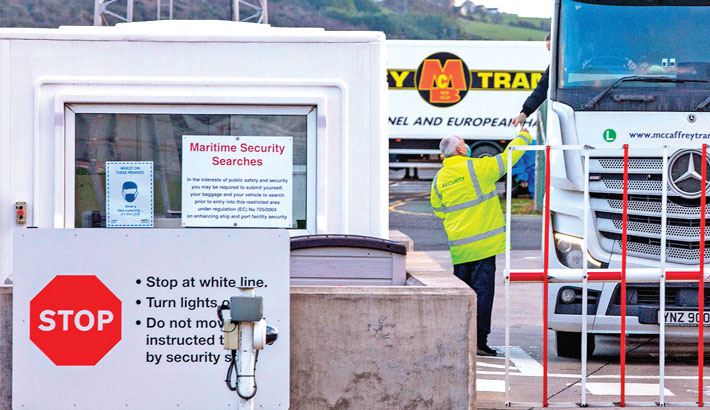 An official checks freight from Scotland as truckers disembark a ferry at the Port of Larne in County Antrim, Northern Ireland recently, as a new trade border between Northern Ireland and the rest of the UK began operating on Friday. 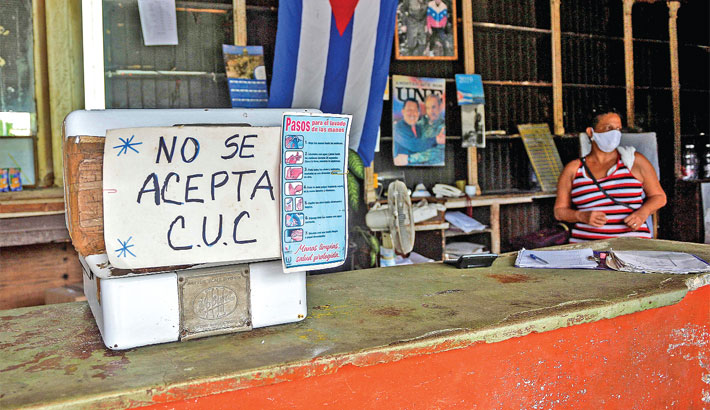 In this file photo taken recently, a sign reads "CUC are not accepted" at a grocery store in Havana. Cubans awoke on New Year's Day to a new currency structure under long-awaited economic reforms that come with a double-edged sword of salary increases and price hikes. 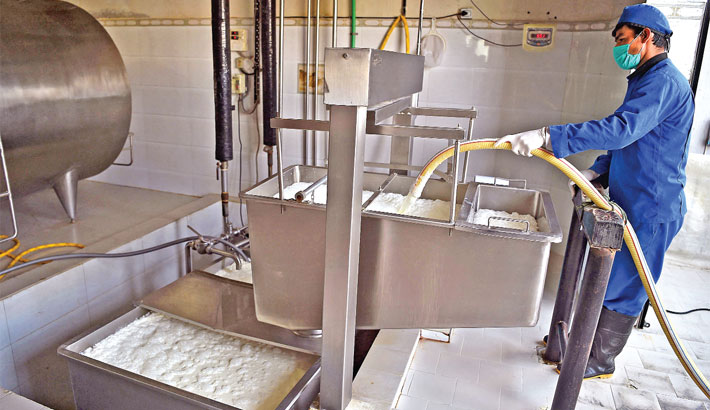 In this photograph taken recently, workers pack dairy products at a Milko processing plant in Kandahar. Brightly coloured milk bottles whizz off the production line at the Milko factory in Afghanistan's Kandahar province, the result of entrepreneur Ghami Mia treading a careful line with both the Taliban and government officials. 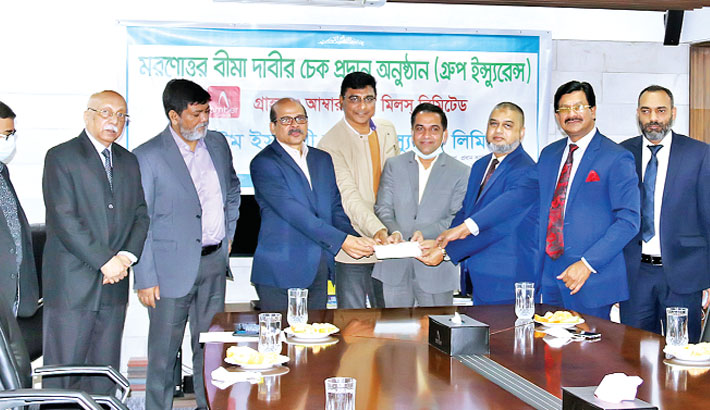