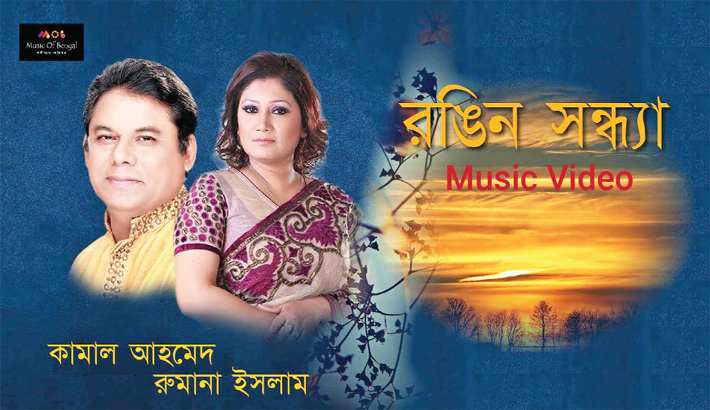 Singer Kamal Ahmed and Rumana Islam’s new song ‘Rongin Shondhya’ has been released with music video on the YouTube channel of Music of Bengal on Friday to mark the New Year 2021.

Jahangir Rana has written the lyrics of the song while Anisur Rahman Tonu has composed and directed the song.

The song ‘Rongin Shondhya’ has been picked from the audio album ‘Neel Shomudra’ sung by Singer Kamal Ahmed and his co artistes. A total of 14 songs have been included in the Album.

Kamal Ahmed is a renowned media personality, music connoisseur and eminent singer of the country. He is better known as a devoted Tagore singer. He is currently serving as the director of programme at Bangladesh Betar.

While, Rumana Islam is also a popular singer of the country. She has released many solo and duet albums in her career.