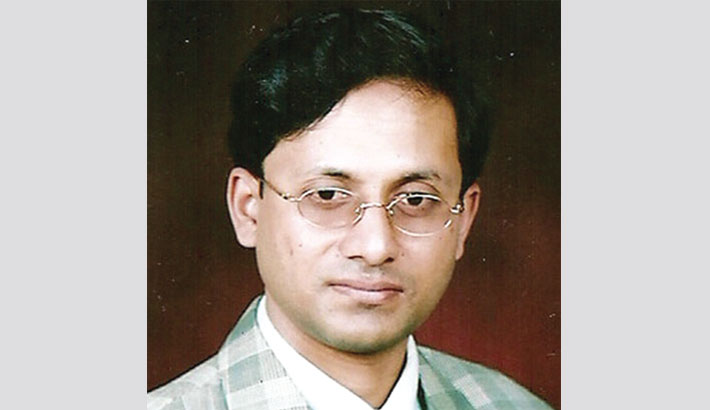 Goodbye 2020, Hello 2021. As the night wore on, the veil of the last year had already fallen and the New Year dawned. This way one year is lost after another in the womb of time. The age of the world is increasing. We are getting older, too. People forget all sorrows and welcome the New Year with joy and celebration; but, no one knows what will happen in the future.

The year 2020 started with great enthusiasm in this country. March 17, 2020 was the birth centenary of the architect of this country Bangabandhu Sheikh Mujibur Rahman. In this regard, it was decided to celebrate the occasion as the 'Mujib Year' through various programs from March 17, 2020 to March 26, 2021. All sorts of preparations were made for the celebration of the 'Mujib Year' announced through various colourful arrangements throughout the year. It was planned that on March 17, 2020, in the presence of some world leaders including the Prime Minister of India Narendra Modi, the celebration of 'Mujib Year' would officially begin with the main ceremony of the birth centenary at the National Parade Ground. In the presence of President Abdul Hamid and Prime Minister Sheikh Hasina, the event was planned to feature holographic presentations and theme songs on Bangabandhu's personality and career, cultural programs and fireworks, and chorus by hundreds of children. The organizers had planned to gather 1.5 lakh people at the event; however, the fortune was not in favour. Everything went awry in the unlucky hands of the Corona pandemic. The event at the National Parade Ground had to be postponed due to the global situation caused by the Corona virus. However, according to the changed plan, the Mujib Year celebrations were to be continued throughout the year by avoiding public gatherings and the option was left open to organise the events supposed to be held in the presence of foreign guests at a later convenient time.

A very difficult year has passed in the history of this country. In the recent past, the people of this country have never faced such a difficult test. When the country was moving forward with the Vision-2021 in a calm but firm step, this blow of Corona pandemic gave a big shock to the overall progress. When the first Corona patient was identified on March 8, people still did not understand what was going on. When everything was kind of shut down to prevent infection, people slowly began to feel the heat. The ‘lockdown’ of about two-and-a-half-months proved breathtaking. Many people lost their livelihood and sat on the road. In the end, the government was forced to open everything except the educational institutions, despite the fact that the Corona situation had not improved significantly.

Fortunately, the pandemic appeared relatively less fatal in this country than in many other parts of the world. As a result, the initial impact on the healthcare system could be managed without much difficulty. However, due to the shutdown of industries for a long time, many workers lost their jobs and production was affected. In addition to the stagnation of production activities on the one hand, the consumer countries have also collapsed in the clutches of Corona on the other hand, causing many orders of export-oriented industries to get stuck. Although the government has tried to deal with the unfavourable situation in the industry and trade by announcing financial incentives, many small and medium enterprises, according to analysts, have not been able to take advantage of this opportunity due to systemic complexity and lack of sufficient experience in such banking activities. The closure of shops and shopping malls has led to a serious crisis for traders and the staffs dependent on them. The salaries and allowances of the officers and employees working in various non-governmental organizations were stopped. When the wheel of the economy in the country came to a standstill on the one hand, the expatriates working in different countries of the world started returning to the country in groups in one piece.

This not only added a new dimension to the number of unemployed people in the country, but also slowed down the flow of remittances. The situation began to return to normalcy after the 'lockdown' had been lifted. Moreover, at the same time, the situation in many parts of the world got under control. As a result, the door to international communication and trade began to open again. Expatriate returnees also began to return to their workplaces. The problem is, with the onset of winter, the rate of Corona infection began to increase again in different places. In addition, new and more contagious Corona viruses have been reported in many countries. In this situation, Saudi Arabia recently announced the closure of all international flights for a week. Europe has also witnessed a ban on international flights after a new strain of the Corona virus was detected in Britain.

Corona had its biggest blow on education activities. Educational institutions have been closed since March. Although the government opened offices, courts, shops and factories with some risk, it did not take the risk of opening educational institutions. At one stage, educational institutions decided to take classes online, but many students living in remote areas are being discriminated against due to poor networks. The biggest hurdle appeared conducting examinations. At one stage the authorities were forced to decide to provide Higher Secondary (HSC) and equivalent examination results on the basis of average of JSC and SSC examination scores. By the end of November, the incidence of Corona infection dropped dramatically, with many hoping that maybe within a short time there will be a situation like opening educational institutions. But, that was a fly in the ointment. With the onset of winter, as expected, the incidence of Corona infection in the country began to rise again.

The New Year has come among us in this backdrop. This year marks the 50th anniversary of independence. Everyone is eagerly awaiting the solemn celebration of the golden jubilee of independence next March. But, will that opportunity really come? Could we expect quick abating of the uptrend in the rate of Corona infection? Perhaps the only hope is the arrival of vaccine. Pfizer BioNTech and Moderna vaccines have already been approved by regulatory authorities in countries such as the United States. Several other vaccines may also be approved soon. The question is, when can these vaccines reach countries like ours? It is hoped that the first consignment of vaccines will reach us by January-February. According to the World Health Organization's predictions, it may take until mid-2021 for mass immunization to begin. (K‡ivbv fvBivm: UxKvi Drcv`b, eÈb, `vg †K KZ cv‡e Zv wb‡q me©‡kl| BBC News Bangla, Sep 12, 2020) Here one point deserves particular attention. Reaching everyone with the vaccine is not the only consideration; there is also the question of producing a sufficient number of vaccines. COVAX, a coalition formed with a commitment of ensuring global equitable access to COVID-19 vaccines, wants to ensure 200 million doses of vaccines by 2021 for its allies. They hope that this will ensure vaccination of at least 20 per cent of the total population of each country. (Pvi av‡c K‡ivbvi UxKv weZi‡Yi cwiKíbv| cÖ_g Av‡jv, Dec 19, 2020)  According to Adar Poonawalla, Head of the Serum Institute of India, it will take 4-5 years for the Corona vaccine to reach everyone in the world. (Coronavirus: Covid-19 vaccine will not be available to everyone before end of 2024, says Serum Institute | Zee 24 Ghanta, Sep 14, 2020)

All in all, we are in a state of uncertainty; it is difficult to say when we will get rid of it. However, Corona has been a blessing to us in a sense. The miserable state of the healthcare system in almost all parts of the world, including many developed countries, has never been exposed so nakedly before. This epidemic pinpointed, there is nothing to say about the savings of a large section of the population of a country like ours. It is very difficult for the state apparatus to keep them alive with subsidies even for 2-4 months when economic activities suddenly stop. We would never have realized so well the importance of introducing systems like education and office activities online and the need for rapid expansion and development of the internet network and the fact that we are still lagging far behind in this regard. However, as everything has an end, Allah willing, we will be able to get out of this disaster one day. We will then have to go for repairing the losses. The question is, whether we will be able to make up for the huge damage done to our overall economy and to the education of our students. If we really can, the question remains – how, in how much time and in what action plan?

One significant event last year was the December 17 summit between the Prime Ministers of Bangladesh and India. During the meeting, a number of MoUs were signed between the two countries for cooperation in various fields including agriculture, trade and energy. However, many hoped that the meeting would make significant progress in resolving major issues, hanging for a long time between the two countries, such as water sharing of common rivers including the Teesta, Bangladesh's huge deficit in bilateral trade and regular BSF killing on the border. India, as always, has promised to take these issues seriously, but it remains to be seen to what extent such assurances are reflected in reality. In addition, the 1.1 million Rohingya people, displaced from the Rakhine State as a result of the Myanmar government's persecution, who have taken refuge in Bangladesh at different times, have become a huge burden for Bangladesh. India could play an important role in persuading Myanmar to repatriate them. So far, India has not played a visible role in our favour, but their role has indirectly gone in favour of Myanmar. India has promised cooperation in this regard, too. In the coming days, it will become clear how much cooperation have been extended. Happily, if all goes well, Sri Modi is scheduled to visit Bangladesh in March to attend the Golden Jubilee of Independence, which could pave the way for another summit between the two prime ministers. Can we take advantage of this opportunity to resolve conflicting issues? If that is the case, it's time to put the highest effort to that end.

Good luck to everyone.

The writer is Professor of Pharmacy, Jahangirnagar University.