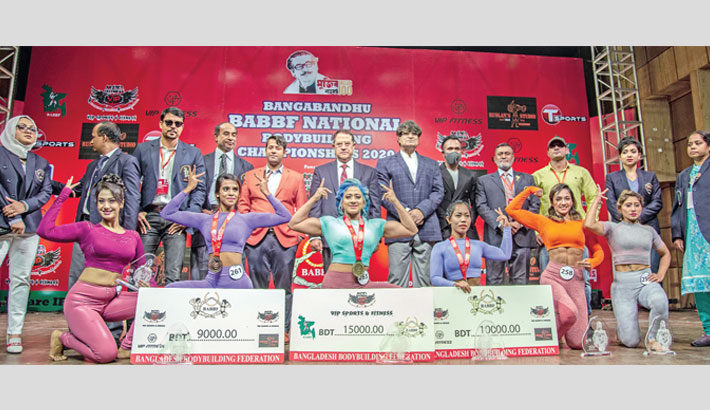 The winners of the Bangabandhu BABBF National Bodybuilding Championship 2020 pose for a photograph during the prize-giving ceremony at the National Sports Council auditorium in the capital on Tuesday.