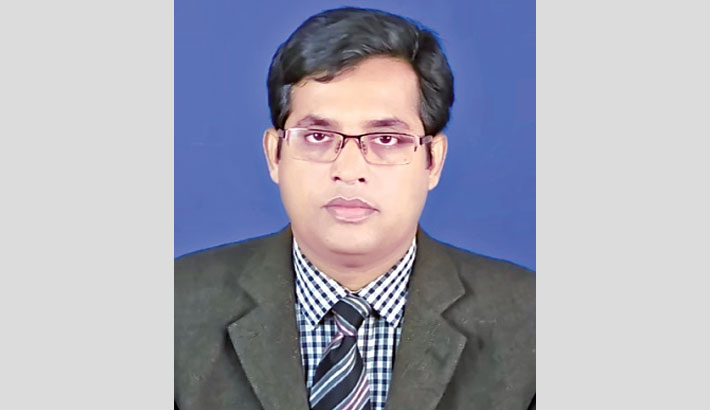 We have reached at the end of the century's most egregious year, as Covid-19 has caused immense miseries in 2020 triggering massive fatalities, economic downfall, disruption in communications worldwide, restriction on the freedom of movement, closures of offices and educational institutions and compelling citizens to practice safer sanitation to protect them from being infected with this lethal virus. Therefore, this year will be remembered for the devastating impact of one of the greatest pandemics of the century. The deleterious effects of this lethal virus have affected much of the countries on the planet. Bangladesh is not an exception in this regard. Nevertheless, the pandemic has exemplified the maturity of our Prime Minister as a leader in handling the various challenges posed by the pandemic.

Like other countries of the World, Bangladesh has very adversely suffered from the crippling impact of the pandemic. In an attempt to prevent the spread of Covid-19, which disrupted economic and labour markets, the government declared holidays in March. Like other nations, Bangladesh's economy was at stake because of the pandemic. But, with the adoption of an economic recovery plan worth approximately TK. one lac twenty-one thousand crores, the government has made every effort to help the economy recover. Despite government efforts, the number of jobless people has indeed increased to a great extent, as many small and medium scale industries have had to follow lay-off policy to save them to face the challenge of the economy. The earning of a substantial portion of the working population considerably declined during the pandemic. Thus, the number of people living under the poverty line rose. The government has thrown itself into supporting those in need. To support this community of people the government has put in place policies such as selling kitchen communities at a lower price through open market sales, providing cash support to the vulnerable people, and increasing the number of social safety net beneficiaries. These have helped the poor to maintain their livelihood during the hardest time. 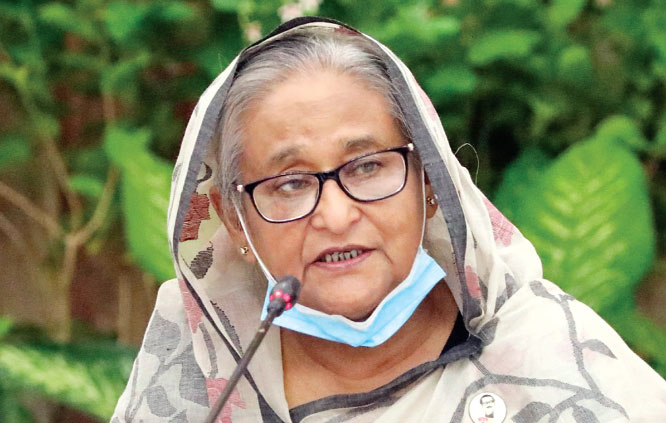 Besides the economic downturn, the health-related crisis is one of the most significant crises triggered by the lethal virus. There is no repudiating that the country's health system was not fully ready to take up the health-related challenges of Covid-19. Thus, in many ways, the shabby picture of the health departments came out in broad daylight triggering condemnation of the government.  Even the stigma associated with Covid-19 treatments among the doctors and health workers during the early days of the pandemic created a chaotic situation in the country. The government has tried its best to improve the overall management of the treatment of Covid-19 patients by providing training to the health workers, increasing the number of testing capacity, arranging more oxygen, increasing the number of beds in hospitals including ICU beds and ensuring the availability of medicines required to treat the patients. The government may not have attained the desired level of success in this regard. However, one must acknowledge that the situation has changed quite significantly since June in the country. Even the government allocated a handsome amount in this year's budget for health sector reform. The corruption of some people in the health sector has tarnished the reputation of the government but the Prime Minister deserves appreciation for taking strong actions against them.

The government's another task was to effectively enforce a decision to limit the movement of residents since the overwhelming majority of the people were inclined to ignore the government's guidelines circulated to control the spread of Covid-19. To ensure people stay at home, the government has, from time to time, adopted numerous policies under the leadership of the Prime Minister, including the compulsory use of facemasks and the "no mask, no service". However, the efficacy of enforcing this decision has remained questionable. The government has also launched a major awareness campaign to guide people in the enforcement of these guidelines. The restriction on mobility has indeed created fatigue among the people in general and the kids in particular who have found it quite difficult to maintain. But, the citizens must cooperate with the government in carrying out numerous strategies suggested by the WHO. The government has been providing different types of messages, including maintaining social distance, avoiding overcrowded places, washing hands frequently, and wearing facemasks once moving outside to enable them to cope with the new-normal lifestyle triggered by the pandemic.

The detrimental impact of the pandemic on the global economy has also impacted the economy of Bangladesh as around eight lakh immigrants had to return home losing their jobs. However, the government did not get frustrated. Rather, they have stood beside these returnee immigrants by implementing alternative strategies. Even the government has provided monetary supports to these people. One positive point is that despite the return of the immigrants, the foreign currency reserve has outscored all-time records in the country. This has led the economy to maintain its momentum. The government has been actively considering investing this huge amount of foreign currency in the productive sectors that would create job opportunities for a good number of jobless people. This will also help the economy rebound from the rescission.

The garment sector, which is one of the most important pillars of our economy, has also experienced a detrimental effect due to lockdown and disruption of connectivity with other parts of the world. Losing orders from the foreign buyers, the owners of the garment industry were compelled to lay-off their employees resulting in the unemployment of a vast majority of the workers. However, the government implemented a remarkable recovery package to help this sector to continue its production and business. Therefore, within a very short period, these industries have started to work in full swing. Prime Minister also deserves appreciation for carrying out business diplomacy with the governments of different countries and agencies requesting them not to cancel their orders from Bangladesh. This negotiation has helped the industry to regain its status.

The government has attained remarkable success in transforming different services online. One of the dreams of the Prime Minister was to establish a digital Bangladesh. To materialise this dream the government has been working since 2008 under the direction of the ICT adviser of our Prime Minister. During this pandemic, the government has started materialising the benefits of digital Bangladesh as people are availing a good number of services online staying at homes. Even the expansion of internet connectivity and the supply of electricity have helped the students to continue their online classes. Along with different online services, the online business market has expanded with great intensity that has created a source of revenue for the government as well.

Though the year comes to an end, we are not sure when we will be able to overcome the catastrophe. The people of Bangladesh have started seeing a blink of light with the emergence of vaccine; however, the efficacy of those vaccines is still questionable. Our Prime Minister has remained very thoughtful about the purchase of vaccines and their distribution among the people. The decision of the government to provide free vaccines to all citizens deserves appreciation.

While many countries have been struggling to deal with the devastating effect of the pandemic, Bangladesh has so far done quite well in facing the challenges of the pandemic. The credit goes to our Prime Minister whose mature and strong leadership has helped us to overcome the most critical time on the earth. We expect that this pandemic will come to an end at some time and we must work collectively to rebuild the country under the leadership of our Prime Minister. Let us expect a world free from Covid-19 in 2021 and pray for the success of our Prime Minister.