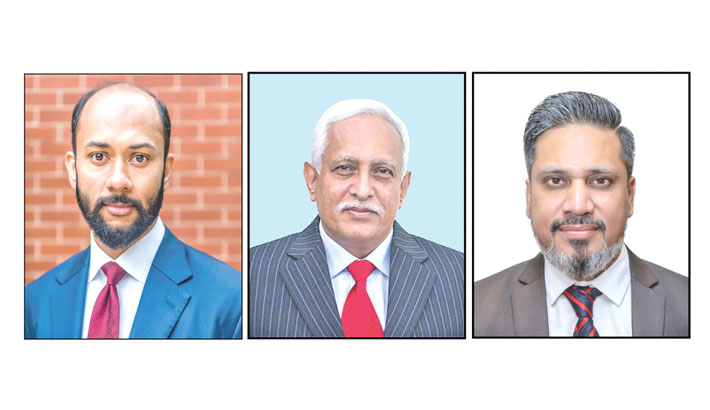 ETBL Securities and Exchange Managing Director Rizwan Rahman has been elected president of Dhaka Chamber of Commerce and Industry (DCCI) for the year 2021.

NKA Mobin was re-elected senior vice-president (SVP) while Monowar Hossain has been elected vice-president of the organisation, said a press release.

After completing the 59th annual general meeting of DCCI virtually on Tuesday, the newly elected board of directors has taken charge.

Rizwan Rahman is the director of Eastland Insurance Company and the Daily Financial Express.  Prior to his joining, he engaged in different capacities to contribute to the private sector development of DCCI since 2006. NKA Mobin is the managing director and CEO of Emerging Credit Rating and engaged in Credit Rating of Corporate business house, banks and financial Institutions and Insurance business since 2009.

He is also one of the Government’s nominated Directors in the Board of Biman Bangladesh Airlines since 2016.

In addition, Monowar Hossain is the proprietor of Monowar Trading, from Old Dhaka, specialised in export and import with different countries.

Prior to his new assignment, he was director of DCCI.