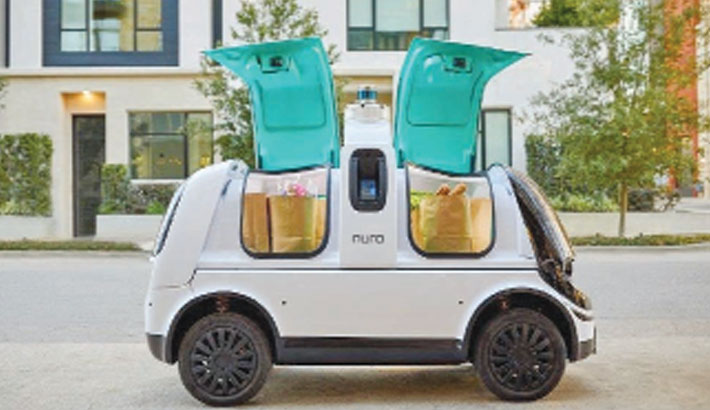 CALIFORNIA: California has given the go-ahead for a commercial driverless delivery service for the first time, reports BBC.

Robotics start-up Nuro plans to start its driverless delivery operations as early as next year. It previously tested its R2 vehicles in the state in April, but the permit will let it charge people for its service. The firm’s vehicles will be limited to 35mph (56km/h), and will be restricted to operating in “fair weather” conditions. “Issuing the first deployment permit is a significant milestone in the evolution of autonomous vehicles in California,”  said California Department of Motor Vehicles director Steve Gordon.

“We will continue to keep the safety of the motoring public in mind as this technology develops.”

Nuro was founded by two former Google engineers and has funding from Japanese firm Softbank.

Its vehicles are designed to operate without a driver or passengers in them.

The R2 uses radar, thermal imaging and 360-degree cameras to direct its movement. And it lacks a steering wheel, pedals or side-view mirrors.