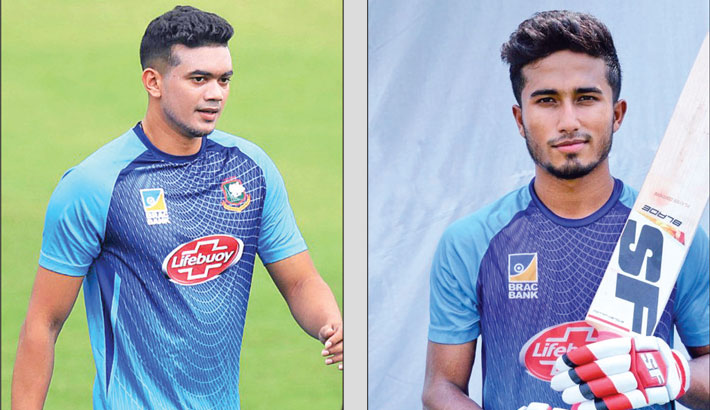 Six Bangladeshi cricketers are set to feature in the upcoming edition of Abu Dhabi T10 League which will be held in UAE as three franchises picked them during the player’s draft which took place in UAE.

The league will be hosted Abu Dhabi’s Sheikh Zayed Stadium from January 28 to February 6, 2021.

The Maratha Arabians was the first team to rope in the first Bangladeshi cricketer Mosaddek Hossain in their squad while later they later signed right-arm pacer Taskin Ahmed and Muktar Ali.

Bangladesh-based team, Bangla Tigers, roped in Afif Hossain and Mahedi Hasan while Pune Devils provided the biggest surprise by picking Nasir Hossain for the competition considering the all-rounder failed to impress the Bangladeshi selectors with his fitness ahead of the Bangabandhu T20 Cup and thus he was sidelined during the recently concluded Bangabandhu T20 Cup event.

The other five Bangladeshi cricketers have played in the Bangabandhu T20 Cup and did well for their respective teams but whether they will be allowed by Bangladesh Cricket Board (BCB) to take part in the competition is yet to be decided by the board.

“We haven’t discussed about the NOC of the cricketers picked in the T10 draft. We will discuss it later and take a decision in this regard,” said a BCB official adding that their participation depends on whether they are available or not.

“Look our cricketers can play in two foreign leagues in a year but our first priority is to form the squad for the series against West Indies. If they are available then its fine but if they are not available, then it is totally a different case,” he said.

A total of eight teams will participate in this event in two groups. Group A consists of Maratha Arabians, Bangla Tigers, Delhi Bulls and Northern Warriors while Deccan Gladiators, Qalandars, Team Abu Dhabi and Pune Devils are in Group B.

The league was founded back in 2017. Since then, three editions of the tournament have been hosted successfully. The upcoming edition will be the fourth season of this league.